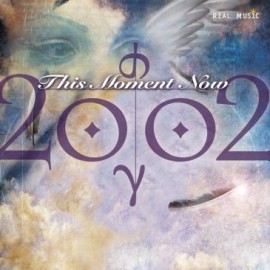 This Moment Now is the connection to love, whether with another or in perceiving the beauty of All That Is. A pause within the ongoing rush of life. Can you feel it? Can you sense it? Can you see the beauty in everything? Within the listening to this very personal music from 2002, the essence of love can be embraced.

Having already achieved phenomenal success and critical acclaim, 2002 manages to surpass itself with This Moment Now. This album features lush strings, soaring flutes and guitars, grand piano and dense vocal arrangements, creating the signature sound that rocketed 2002 to number three, keeping them on Billboard’s Charts for over six years. 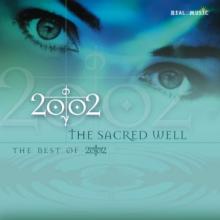 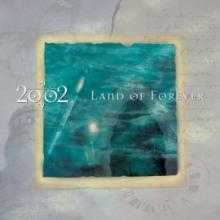 This album is phenomenal!  This album is fantastic! This album is so amazingly wonderful, beautiful, peaceful and filled with a sense of serenity that at This Moment Now I am totally relaxed! It has been said that when looking to buy a new home, the key is location, location, location. For me, the key to finding the right recordings to distribute (or fill my very own collection) is music, melody and mood. 2002 provides the listener with all the right components, exquisite music and soothing melodies to put you in the proper mood. This Moment Now is the connection to love...I’m connected, I just love this album!

Here’s some lovely instrumental music from a well established genre duo that takes you to a place where the chatter and clutter stops and your mind can decompress and see the love around it. A very tasty work that hits you in the gut as hard as it does between the eyes. Charming, enchanting and everything you need in a first class audio getaway. A winner.

If at some point during This Moment Now’s running time you don’t find yourself thinking, “Wow, this is beautiful,“ you may want to get your ears checked. 2002 provides the listener with all the right components, exquisite music and soothing melodies to put you in the proper mood. Lush synthesizer symphonics and airy overdubbed vocals gently swirl and intertwine like a plume of smoke rising from an ember. A most pleasant surprise is the track “Moment of Love” sung by Randy Copus himself. Soothing, reverberated piano/guitar melodies add another layer to the album’s ethereal sweetness. This has to be Pamela and Randy’s strongest piece of artistry yet — pure heaven."

There is no moment like the present to enjoy the music of 2002. During this time of chaos and upheaval the music of Randy and Pamela Copus is enchanting and evocative with both sensual and spiritual qualities. This Moment Now contains all the lush and lovable qualities of their past glories that there is no doubting that this album too will become a resident on the Billboard charts. It only seemed like yesterday that I reviewed the compilation project The Scared Well and here we are again with This Moment Now. 2002 have always presented a loose concept to their albums and this project is no different. This time the attempt was to make the album a personal love letter, so to speak. And why not, as this duo appears to succeed on so many levels including music and marriage. The Corpus’ appear to be their own “yin and yang“ and that it is not surprising that they have mastered their craft. When I look back at their early material, I realize just how far they have transformed their music from pure background music to one of melody but not at the expense of its soothing meditative attributions. Each album would introduce the use of a new instrument that would slowly layer their music that has now fully blossomed. This time is no different with 2002 including a pure vocal track within the project. The track I speak of is called “Moment Of Love.” The album does not credit the singer though it does state that all the music is composed, arranged and performed by 2002. So if I was pressed to guess I would say that it was either Randy or Pamela singing :-). It certainly has an upper range Jon Anderson quality to it. As for their trademark melodic chanting, that (as always) is sporadically present.

Otherwise, 2002 do very little adjustments with their successful blueprint. The more upbeat and fluid moments are best heard on “Sunny Day’ and “Even Now” the former borrowing from Enya’s “Orinoco Flow’ recipe. However, for me the most heavenly moment is “A Gate Of Dreams” which has some gorgeous keyboard string arrangements that almost pulls off an orchestrated feel to it. Along with the waltz tempo this song is positively uplifting. It would have been even better had they taken an organic approach with a real orchestra. Perhaps this is where they should dare to dream next.

In large, the tracks flutter around Randy’s gentle nylon acoustic guitar contrasting with Pamela’s heavenly harp playing, best heard on the lazy “Romancing The Moon.” Of course, one can find Pamela and her flighty flute work on “Life Is’ as well as “Children In Time” which also includes some voracious violin work. Though the above is nicely contrasted by the utterly peaceful “Bliss“ and “Dreaming Of You” that closes the album.

With the exception of “Moment Of Love,“ there are no surprises here. All the bells and jingles of 2002 are present and there is no doubt that this will be a commercial success. But perhaps 2002 are at a bit of a crossroad wondering do we play it safe or dare to dream next time? Considering the resounding results found on “A Gate of Dreams“ perhaps the doorway is staring them in the eye. Predictions aside this does not change the fact that This Moment Now is a pleasure dome for the ear and soul."