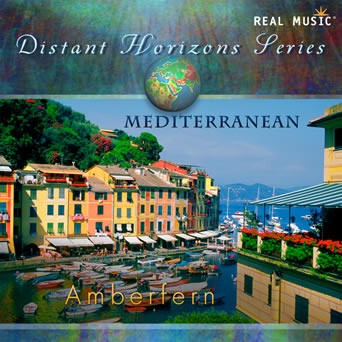 His songs are soothing and reassuring. Sensitive and inspired. Amberfern is a highly talented individual capable of taking the concepts of place and translating them into songs which capture those exotic places that many of us only ever read about.” —Ambient Visions

We’ve all experienced how travel, particularly to exotic places, can lift us out of daily concerns and renew our excitement about life. With his Distant Horizons Series, Amberfern invites us to embark on relaxing voyages along routes less traveled, to some of the quietest and most spiritually peaceful corners of the world.

On Mediterranean, the alluring sound of gentle Spanish guitars weave through this musical tapestry like the soft caress of the warm turquoise sea. Sensuous strands of Arabian flute and Turkish ney enchant with their timeless magic. 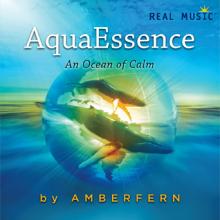 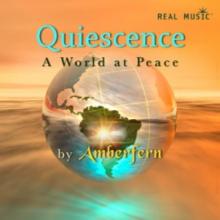 With his second release for Real Music, Amberfern travels beyond the borders of his local greenery to the aquamarine grandeur of the coasts of Europe. The warm strumming of the Spanish guitar lies at the heart of this recording, while Turkish ney flute, tambourines, oud and djembe give the music a shimmering Arabian flair. Throw in some piano, wooden flute, fretless bass and synthesizers and you have an album that effectively captures many of the musical colors of the Mediterranean region.

Amberfern, aka Clive Brooks, is a composer whose forte is meditative music that is very peaceful and contemplative. He creates soundscapes that let the listener bask in the atmospheric music that he so skillfully performs on each of his musical releases. Amberfern has spent over 30 years in the music business and has worked at composing, production and has even taught music as well. He lives and works in the midst of England's New Forest National Park and I'm sure that this natural environment has had a significant influence on the music that he composes. His style is a melding of world music and classic new age compositions and I say that with the utmost of respect. I have always enjoyed listening to a great new age album and will never get tired of hearing one that is done as well as Amberfern's new release is.

According to the liner notes on the CD, this will become a series of albums for Amberfern which will take us on musical voyages along the paths less explored by a modern world too intent on rushing everywhere at the speed of light. His new album which will be available on May 8, 2012 from Real Music is called Distant Horizons: Mediterranean. To borrow from the liner notes, "the destination is the ancient Mediterranean. From the beautiful beaches of the Balearic Islands to sun-kissed mountaintop villages, you'll crisscross the region." The album was recorded and mixed at the Green Room Music Studio located in the New Forest National Park, England which I'm sure only adds to the feel of the whole project. In fact the name that he has chosen to be recognized by, Amberfern, comes from all the ferns that grow close by in the forest woodlands which in autumn turn a golden amber color.

In the liner notes I was amazed at how many different instruments Amberfern plays on this album. Just to name a few that are listed he plays Spanish guitar, electric double bass, fretless bass guitar, oud, grand piano, Fender Rhodes piano, flutes and synths. And this list doesn't cover half of everything that he plays on this album so it is easy to see that Amberfern not only composes great songs but is accomplished in a variety of instruments to make just about anything he can musically imagine come alive in the studio. With this album Amberfern presents us with 11 tracks of music that covers quite a lot of musical geographic ground and runs for about 62 minutes in length.

As I listened to this album I found that I was unable to pick out what instrument that Amberfern played that made me think that this was what defines this album. Truth is that with each track and with each instrument that he played I found the music just as compelling as the song that had come before it. Each song showed me that Amberfern truly was a multi-talented multi instrument musician who does not display any weaknesses as he switches between instruments from song to song. Some of my favorite songs on this album are song nine called “Lemon Grove” which features an introspective acoustic guitar that goes back and forth with a flute and finally adding some synths in the background giving the whole composition a dreamy, otherworldly feel to it. On the last song on the album called “White Sails, Blue Sea” it opens with the cry of seagulls and then slides right into a song that features Amberfern on guitar, flute and keyboards. His light touch on the guitar is very appealing and it is a perfect song to end this album as it leads you deeper into a state of tranquility as the music drifts away from you. My other favorite track is number 3 called “Deya” which opens with chime bells almost like a call to the faithful to a deeper spiritual or meditative state in a temple. This is primarily a guitar piece but the song is made even better as he adds the piano parts a little ways in creating a rich sound palette on which to paint his sonic images upon. From the chanting voice that opens the album on track one called “Ottoman Palace” to the serene ending on track eleven, Amberfern's music is intimate and inviting. His promises to take us on "relaxing and beautiful musical voyages along routes less traveled, to the quieter and more spiritually peaceful corners of the world" are fulfilled in this the first of his Distant Horizons albums. He has crafted his music to musically recreate the places that exist in his mind using a plethora of instruments designed to draw out the essence of each of the locations that he wants us to journey to through his music. His songs are soothing and reassuring. Sensitive and inspired. Amberfern is a highly talented individual capable of taking the concepts of place and translating them into songs which capture those exotic places that many of us only ever read about. The overall feeling of this CD is one of peace and serenity. Something we all need more of in the 21st century. Definitely recommended by Ambient Visions.

Mediterranean is Amberfern’s second release on the Real Music label and the first in his Distant Horizons Series. The series promises to take listeners on “relaxing and beautiful musical voyages along routes less traveled, to the quieter and most spiritually peaceful corners of the world.” This first installment transports us to the ancient Mediterranean with gentle rhythms that suggest warm, balmy breezes and a much simpler time... We begin our journey with “Ottoman Palace,” an exotic piece that sets a tone for the album. Flutes, guitars, and hand percussion create a warm and inviting atmosphere for relaxing and imagining this distant land. “Es Grau” is a shimmering, ethereal bit of musical magic with sensuous flute and guitar and enchanting keyboard washes. “Diamond Lights” is a favorite with its sultry rhythm, sparkling keyboard, and gorgeous guitar — a romantic slow dance for a warm summer evening. “Sahara” takes us to the Middle East with hypnotic flutes, light hand percussion, and a slow, swaying movement. “Alcaufar In Amber” is one of the more ambient pieces, floating on a peaceful cloud of sound. “Muleta Cove” is my favorite of the eleven tracks. A gentle yet very haunting acoustic guitar piece with an atmospheric background, it creates a mood of peaceful reflection. “Serranio De Ronda” has a more of a Spanish flavor while maintaining the leisurely pace of the album as a whole. “White Sails, Blue Sea” peacefully ends the album with the easy motion of a boat on the quiet sea. Guitars and piano gently ease us back to reality, refreshed and rejuvenated. Part 1 of the Distant Horizons Series is a most promising beginning, and it appears that Amberfern is on his way to becoming one of the more prominent artists on the Real Music label. Mediterranean is available wherever Real Music is sold, including Amazon and iTunes. Recommended!

“Ottoman Palace” starts out Mediterranean, and the track allows Amberfern to create a bold sounding title. The track kicks into high gear at about the 50 second mark, providing listeners with a brief glimpse of the hustle and bustle of a marketplace. Moving from that, there is still a quick tempo and motivated feel to this introductory track. Moving into “Es Grau”, Amberfern shifts the album’s paradigm considerably; the song is much more atmospheric than the introduction would indicate. I believe that the inclusion of these two tracks so close together works; Amberfern is able to include these diametrically-opposed styles to great success. With listeners unsure of where he will go, Amberfern creates “Deya.” The bells that lead off this track draw listeners’ attention, while the background will elicit comparisons to chimes blowing in the win. “Deya” is an epic sort of track, telling listeners a story with each guitar line or piano roll. The later efforts on the disc — “Lemon Grove,” the penultimate “Luigi’s Bar” and the finishing “White Sails, Blue Sea” — push the disc that much further. “Lemon Grove” is a track that touches upon the cold night of a desert; as the track continues to spin, a city-scape comes into view. Amberfern takes listeners on a number of distinct journeys on Mediterranean. Rather than be a diffuser set of recordings, I believe that his musical talent and ability to arrange each track to the greatest possible benefit makes Mediterranean into a must buy. Hit up the Real Music website for a number of Amberfern’s titles. Top Tracks: “Ottoman Palace,” “Serrania de Ronda”. Rating: 8.1 out of 10

After her hippie conversion, revered 60s Ivory Snow girl, Molly Scott, was telling me how everything is interrelated. These long ago thoughts drifted into my head when first listening to Amberfern’s latest entry into Real Music’s Distant Horizons Series. Their take on a Turkish melody sounds an awful lot like one of Paul Winters desert explorations. With the Mediterranean being a sprawling body of water, there are a lot of different textures it touches along the way and you’ll get to taste them as this record goes along its way. An audio travelogue that suffices as thinking man’s entertainment, this is wonderful music to get you out of yourself and fuel some fantasies that are sure to be on hold until the economy gets better and we finally shake off the new normal. It certainly doesn’t hurt to have a wide world of gentility and civility enter your bloodstream every now and then and this recording is loaded with the serum to do so. A winner in the chill/world beat groove.

Tremendous variety, yet with a consistent mood, tempo and quality, this recording is a lovely supplement to many of life’s occasions, including work, play, bodywork, or to ease the stress of the day. Amberfern has created a peaceful environment that reflective the musical sound of the Mediterranean area. Multiple instruments exotic and modern, acoustic and electronic are blended with some haunting mystical voices.