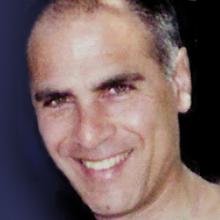 Composer and producer Anastasi (ah nah STAH zee) knew at an early age that his love of music would play an important role in his life. After years of learning to play a variety of instruments, he went on to study music and eastern philosophy in college. It was during this time that he began to experiment with music and sounds that might be conducive to relaxation and concentration. To support himself, he played in several rock and jazz bands and in 1978 he was back-up guitarist for the Beach Boys on their “Almost Summer Tour.” Later, he and Donna O’Sullivan formed a production company called Metromusic in Mill Valley, California, which went on to produce award-winning music for commercials and film. He also created The Classical Child Series, which is a whimsical reinterpretation of traditional classical melodies. He originally came up with the idea as a way to expose his newborn daughter to the world of classical music.

The Nature’s Classics Series Anastasi recorded for Real Music is a collection of popular classical pieces creatively combined with sounds of nature. They include Country Morning, Country Evening, and The Pachelbel Canon with Ocean Sounds. The latter, having sold over 300,000 copies, proved to be one of Real Music’s hottest selling titles. On The Pachelbel Canon with Ocean Sounds, Anastasi took the timeless charm of this world class piece and developed an arrangement which expands on its already meditative and inspirational qualities. The simple, yet compelling “Canon in D” melody is coupled with gentle ocean waves which unfold throughout this instrumental poetry, conjuring up vivid imagery of a distant shore.

On CinemOcean, Anastasi has taken ten of the most beautiful movie themes (from composers as diverse as Vangelis, John Barry, Ennio Morricone and Ryuichi Sakamoto) and masterfully arranged them into a poignant musical tapestry. Enhanced by the rhythmic caress of ocean waves, this album creates an ideal environment for quiet thought, reflection, meditation and encouraging the magic of one's own imagination.

As Anastasi says of this work, “It's evident that music can have a powerful influence on the human spirit, so what I've tried to achieve with The Pachelbel Canon and CinemOcean is a soothing pocket of relaxation and beauty that can uplift anyone who listens and inspire them to their highest potential.”