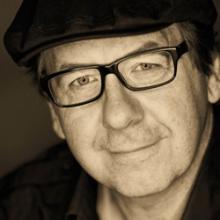 German pianist and multi-instrumentalist Bernward Koch (kahtch) has experienced a most astonishing rise within the international New Age music scene over the last decades. Koch’s fame began to ascend when the artist contributed a track for two Aids-benefit compilations initiated by California radio stations KKSF and THE WAVE. In this endevour Koch was amonst greats such as Bonnie Raitt, Al Jarreau and Sting. The track was called “Ever Returning”, a smash hit from his debut album Flowing (1989). His second record, Laguna de la Vera, promptly picked up by Billboard New Age charts for months as well many other tracks of his music, especially on several Real Music compilations like Piano Dreamers, Finding Balance and the iRelax series. The Weber State University in Ogden/Utah recommends his music as anti stress. The track “Childhood Hour”, a piece from his record Walking through Clouds, was used in the award-winning movie “Shaniko” in 2008. Koch has earned such awards as Piano Heaven Award, in England, Audiophiles Highlight Award from STEREOin Germany and 2012 he became the Culture Prince in his hometown of Wenden. His music sounds around the world. Today Bernward Koch is considered by many as among the genre's leading artists.

The classically trained artist composes pieces of outstanding formal maturity and with an astonishing musical finesse. Koch himself calls his compositions “songs without lyrics” and indeed they are delicately crafted and clearly show their creator’s sense of form. His arrangements are always marked by a tasteful balance of natural and synthesized sounds. The exquisite flute playing of his wife, Christiane Böhm, has over the years become a trademark feature in his sound. His music has always a strong and memorable melody, subtly played on his main instrument the piano, plus flute, keyboards, guitar and bass, enriched with sensitive percussion. His tunes are qualified to calm, make life more pleasant and allow your soul to take a deep breath.

Real Music has represented the music of Bernward Koch since he signed in 1998. CDs and downloads available worldwide.

“Remembering the Joy, and Lament of the Past and Future!

I first heard Bernward Koch's music when I won a free copy of his release Silent Star and was mesmerized at the nighttime mystery feel of that album and have especially loved it especially during the spring, summer, and autumn nights. The follow-up, Day of Life, continued the feel of Silent Star and felt like a near-twin album. 2015's Remembering though, takes what was great about those previous two and builds upon them, adding a magical feeling of lament and surrealism resulting in a truly awe-inspiring album. The opening title track at first seems like a rehash of the previous albums, but in actuality is a preview of the leap forward in Koch's music as it goes from simply pleasant to absolutely moving. There is an overall unusual mix of warmth, joy, nostalgia, ennui, and lament all wrapped up throughout the entire album. Just the gorgeous album cover alone proves that Remembering is a step forward from his previous outings. The closing track, "Through the Universe," is absolutely surreal and sublime.  Fabulous album!”

BUY NOW
Journey to the Heart