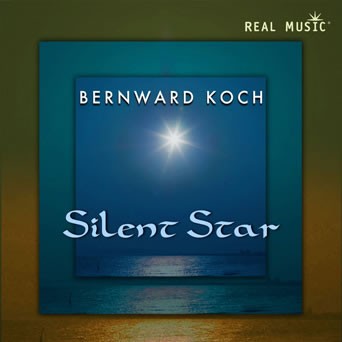 Sublimely tender Koch melodies dedicated to 19th century pioneer and visionary aviator Otto Lilienthal, who glided silently on the wind, the birds his inspiration for lifting his wings into the skies. Piano, keyboards, guitar, bass and light percussion. Snuggle into a cozy chair for a carefree hour of flying free. 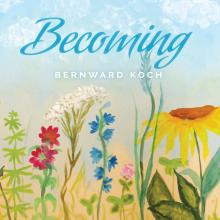 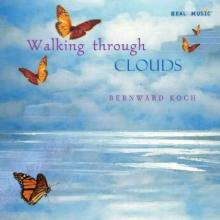 One of the great charms the music of German composer Bernward Koch has is the skill with which the artist links different sounds synthesized, keyboards, guitars, and percussion. In his previous album (Gentle Spirit), Koch gave us a touch of joy thanks to gentle percussion rhythms that marked the tempo of his beautiful keyboards. In this last work, Silent Star, Koch abandoned the drums and subtle rhythms to focus on dreamy and peaceful melodies inspired and dedicated to nineteenth century aviator and visionary Otto Lilienthal. Koch's piano comes in perfect harmony with brilliant orchestral sounds that touch on some occasions, the classical genre, leaving the imagination and drawing a fantasy world. Silent Star are compositions can enjoy that amaze any listener regardless of their musical taste. Silent Star is one of the best albums where we can hear the composer and pianist Bernward Koch. His passion at the piano and the quality of his compositions are simply outstanding. The different instruments are linked at the right time and with perfect notes and this can only create amazing compositions. Koch takes you to a world full of peace and magic, where the melodies and sounds are part of the context that creates the magnificent compositions. Silent Star is an essential CD for all lovers of good music. Magnificent!. Very highly recommended!

This music comes into your room easily on the weightless wings of aerial harmonies. It drops on you like a warm shower and it is very comfortable to be with these divine melodies. They refresh your soul and arouse very deep and innermost emotions in your heart because the music of Bernward Koch is very natural. It brings your mind into a state of clarity and tranquility. You just want to fly with this music and your flight becomes higher and higher until it seems that soon you will be able to reach the stars shining on the pure blue sky. This is not accidental because Silent Star, the newest album of Bernward Koch is dedicated to the Otto Lilienthal who was a fearless pioneer of human aviation. Bernward Koch is a true master of composition. His keyboard solos are filled with inspiration and beautifully arranged. The orchestrations of Bernward Koch are perfect. In general the sounding of  Silent Star  is distinguished with refinement. A slight sadness is present in the compositions of the new album of Bernward Koch. One wants to look back and to remember the lighter moments of your life. Tears of refinement may drop from your eyes and you will be more strong and ready for the forthcoming day. When your heart is open the whole Universe is with you…

Bernward Koch is a well-respected German New Age/Ambient Artist. With eight albums to his credit, Silent Star shows off Koch's talent with keyboards, synthesizer and programming. These compositions are inspired by Otto Lilienthal, an inventor and "father of flight" that Koch has always admired. The tunes are light, almost shimmering in their appeal, with the piano melodies adding that special Koch magic that makes his works appealing. This CD has some very catchy melodies that stand out in the fourteen tracks that comprise this album. I really enjoyed the track She; it was gentle and very relaxed. Silent Star was reminiscent of classical piano pieces played in the great halls of old but gave a feeling of drifting and floating through an ambient sky. The Color of Spring was a bouncy and delightful composition that brings to mind daffodils and young children running in fields of spring flowers. This is an enjoyable work that will leave you feeling spirited and playful. The piano is never overpowered by the accompanying synth. Rather, it adds to the work, providing harmony and balance. While I love pure piano, this CD shows how electronic work can fill in and bring to the front exceptional piano work, especially from a very talented composer and pianist. Bernward Koch is one of our best contemporary New Age musicians, and this CD will add to your library of relaxing and pleasurable ambient collections. And if you love New Age piano, this CD was made for you. If you haven't tried Bernward Koch, this is a great introduction to the man and his work.

Silent Star is Bernward Koch’s fifth release on the Real Music label and his ninth album to date. Koch’s longtime fans from around the world will be thrilled with the gentle, beautiful music they have come to love and expect from this German multi-instrumentalist and composer; if you are new to his music, it’s a wonderful introduction. The music was inspired by and is dedicated to Otto Lilienthal (1848-1896), the “father of flight” and an inventor Koch has admired since childhood. Koch composed and recorded the pieces during a very creative period last fall. He wrote thirty tracks and selected fourteen for the album. He also played all of the instruments this time: piano, keyboards, synthesizer, guitar, bass, cymbals, percussion, and programming. Most of the music is very open, free, melodic and soothing, plus a few tracks that are more upbeat and lively - a nice combination. Although the album features a variety of musical instruments, the music is definitely piano-based with the other instrumentation adding washes of color and enhancing the moods. Silent Star begins with “The New Day,” a warm and welcoming piece full of promise and grace. “Softly Awakening” has a more classical style, with steady chords on the left hand and a simple, heartfelt melody on the right; piano and strings create musical magic. “She” is a bit livelier, but just as gentle and sweet - a favorite. “Distant Memories” changes the mood with accordion and bagpipe-like droning sounds telling a different aspect of the story. The middle of the piece is more ethereal, and then the bolder first theme returns and closes the piece. The title track is gorgeous. Atmospheric sounds, strings, and angelic voices suggest vast open space while the hypnotic piano melody soothes and relaxes - love it! “Cafe Noir” picks up the tempo a bit and adds a little more orchestration. Flowing with a gentle sparkle, it evokes feelings of effortless floating through space. “Vision Emerging” is another favorite. I love the magical feeling of freely moving from star to star, savoring the wonder of it all. “Harmony Found” is joyful and innocent with a light touch and faster pace. “The Color of Spring” is soft pastel colors and easy contentment. “Anthem” is my favorite. It begins as a piano solo, adding strings, voices and other keyboard sounds as it gracefully evolves. “Ice Flowers” delivers a chill. The reverb on the keyboard conveys the feeling of being lost and alone, but as the piece unfolds, it becomes warmer and less desolate. “Remember Blue” is a surprise. An upbeat Latin-style rhythm gives it a pop flavor and is likely the most radio-friendly piece in the collection. Warm, energetic, and very catchy, it’s a delight! “Shades of Rain” closes the album on a more subdued note. Slow, graceful and kind of melancholy, it’s a lovely way to end our journey. The release date for Silent Star is September 27, 2011. It will be available wherever Real Music’s releases are sold. It’s a beauty, so check it out!

Silent Star begins with “The New Day,” a somber and serene track that sails on the waves of Koch’s immaculate piano playing. No vocals are needed to make this track properly soar – there is a narrative that weaves itself through all facets of this track. “Softly Awakening” continues many of the same trends that were originally created in “The New Day,” but Koch twists the overall sound to play in a much lighter format. During “Softly Awakening,” listeners have to hear the balance between loud and soft; what results here is something decidedly larger than the sum of its parts. “Distant Memories” sits as the longest track on Silent Star, and it is this additional time that grants Koch the ability to add different sides, influences, and styles that were not heard during the introductory part of Silent Star. “Vision Emerging” provides listeners with the reassurance that an old dog can learn new tracks – where a number of artists allow their albums to gradually wind to a close, Koch’s efforts on Silent Star will keep listeners attentive and focused in until the last strains of “Shades of Rain.” “Shades of Rain” represents another solid addition to Silent Star – this relatively (3 minute) short track contains a great deal of personality. The introductory arrangements contains pathos, a fullness of being that will have listeners continually coming back to the track. If you are a fan of what Koch does on Silent Star, make sure to give his other works a listen. I believe that listening to his earliest discography (especially Flowing, from 1989) will provide listeners with a look into exactly how far he has come. Congratulations to Real Music for releasing Silent Star; it speaks volumes despite focusing on the instrumental side of things. Top Tracks: “The New Day,” “Le Petit Jardin” Rating: 8.5 out of 10

“…Koch dedicates this set to one of the pioneers of 19th century aviation and it really does sound like drifting through a limitless sky that isn’t crowded like now, whether with planes or microwaves, making the blue a little less blue. Far too gentle and soothing a record to describe with words like mind-blowing, this is a mind-blowing set that is the perfect escape hatch for these times we’re living in. By reaching for the heavens of another time and place, Koch really has taken it to the limit this time around. A winner throughout.”

Seldom does the piano resonate with such clarity and distinct tone as on Bernward Koch’s recordings. On Silent Star, Koch combines piano with other instrumental sounds to create a memorable, dreamy and deeply relaxing experience. The recording is dedicated to a 19th-century pioneer aviator, Otto Lilenthal who glided with birds, and it successfully evokes an enticing feeling of nostalgia. Let your self be lifted into gentle, peaceful flight.