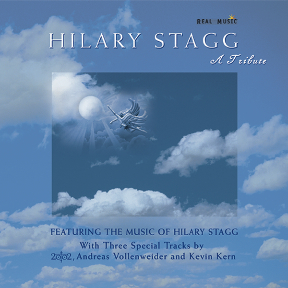 There is something about the harp that captivates not only the listener but reaches a part of me as well that it’s difficult to describe or understand.” —Hilary Stagg

Hilary loved life, and the sharing of his wondrous musical gift gave him as much pleasure as it has given joy, comfort and healing to more than a million listeners. There is magic within Hilary's harp, as those he has touched express in our tribute booklet. Included are eight of the very best Hilary Stagg compositions and three tracks that honor and complement his talent from distinguished peers. 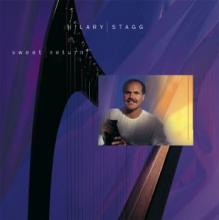 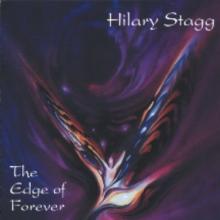 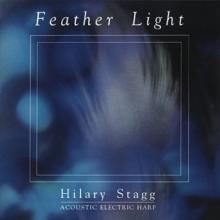 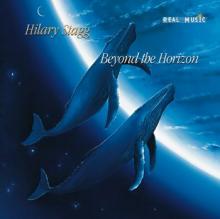 Hilary loved life, and the sharing of his wondrous musical gift gave him as much pleasure as it has given joy, comfort and healing to more than a million listeners. There is magic within Hilary’s harp, as those he has touched express in our tribute booklet.  Included are eight of the very best Hilary Stagg compositions and three tracks that honor and complement his talent from distinguished peers.

Hilary Stagg is one of our favorite harpists here at NRB. He has given the world some of the most beautiful and heartfelt music. A Tribute is a collection from his previous CD's plus three pieces from 2002, Andreas Vollenweider and Kevin Kern. Hilary passed on in June of 1999 but his music lives on giving all that listen joy, inspiration and healing.

Hilary Stagg: A Tribute is a tribute to the much loved and talented harpist Hilary Stagg (1957-1999). On this album are eight of the very best Hilary Stagg compositions, plus three tracks that honor and complement his talent from Andreas Vollenweider, Kevin Kern and 2002. There was magic within Hilary’s harp, and those he knew and played with express their tribute in the booklet that accompanies the CD. This album is a must-have for all of Hilary Stagg’s fans.

The most lyrical and romantic New Age harp music came from the strings of the late Hilary Stagg, whose albums have brought pleasure to millions of listeners over the span of his all-to-brief years of music making. Drawing from his quintet of albums, this memorial collection includes eight of Stagg’s best compositions, supplemented by a trio of songs from Andreas Vollenweider, 2002, and Kevin Kern.

Melodies rendered on Stagg’s custom amplified Celtic harp are supported by keyboards and occasional guitar, bass, violin, and light percussion. “Forever and a Day” joins harp and violin in a lovely duet filled with life. Pachelbel’s “Canon” is arranged and transposed in C for harp. Undulating harp strings riding above synths and percussion reprise the classic "Dream Spiral,” the title track to an album that many listeners say has helped them through difficult times. Composed especially for this memorial, “Kindered Spirit” by 2002 features dreamy flutes, harp, and drifting synths and voices in heavenly tribute. “Sweet Return,” from Stagg’s album of the same name, is angelic and pure. This album is great music for relaxing, meditating, therapy, or any of the healing arts and is perhaps the most beautiful harp collection you’ll hear all year.

Hilary Stagg was introduced to me indirectly by Alf-Ji Ericksen, a former co-worker of mine on the monthly soap opera Between Worlds. I thought it was Andreas Vollenweider when I realized I had already bought the new Vollenweider CD.

Stagg had it going on with a gentle, melodic style that could easily stop a bear in its tracks. A native of Northern California, Stagg worked as a commercial driver on Alaskan oil rigs and then as an electrician in the Bay Area. Andreas Vollenweider must have inspired both of us but he took it to a whole different level.

He began to study the harp after attending one of Vollenweider’s concerts. Utilizing his skills as an electrician, he amplified the instrument going to the heights of gentleness bringing the listener into the world of the soothing. He performed regularly honing his skills and gaining confidence. The result: six titles on Real Music. Hilary once stated about his instrument: “There is something about the harp that captivates not only the listener but reaches a part of me as well that it’s difficult to describe or understand.”

Sadly enough, while I was waiting for the next journey, I had come across some news in New Age Voice that he had passed away. When I got home, instead of watching that day’s taped episode of As The World Turns, I found my copy of Sweet Return, put in my CD boom box, laid on my couch, listened, dreamed about my own private spaces and, in some points, cried.  Stagg’s journey had ended too early. He was 41.

It’s hard to imagine a world in which someone could actually give both Andreas Vollenweider and Georgia Kelly a run for the money and have that person gone. Stagg was a true musician, a maverick, and a soothing spirit whose tones would say, “Relax. Take it slow. It’s not major. Everything will be all right.” The journey was simply beautiful.

I have to be honest here and say that I really don’t like most harp music, so my previous experience with Hilary Stagg’s music has only been from Real Music compilation albums. However, this collection is so lovingly crafted and the liner notes are so heartfelt and compelling that it is impossible to not get caught up in this CD. Stagg’s life was cut short in 1999, and this album is a collection of eight pieces from his five original albums plus a piece composed for this tribute by 2002, and two pieces contributed by Kevin Kern and Andreas Vollenweider, Stagg’s primary source of musical inspiration. The music is soothing and peaceful, and is a great way to unwind and slow down the pace. The liner notes are full of testimonials from people who have been amazingly moved and healed (physically and emotionally) by Stagg’s music. His music has touched many lives, and will continue to do so. If you need some spiritual uplifting or just some sweet, gentle music to slow down the heart rate, this will definitely do the trick!