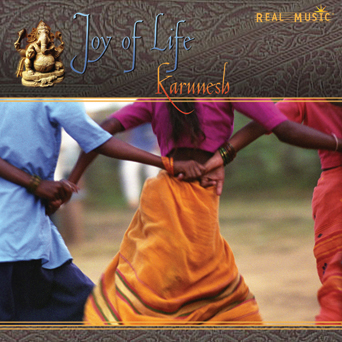 Joy of Life by Karunesh

Smell the exotic spices, sway with the blissful grooves and heed the call to devotion as you listen to this exalted, ecstatic music by contemporary mystic and master multi-instrumentalist Karunesh. Featuring good friend Govi on oud and sitar. 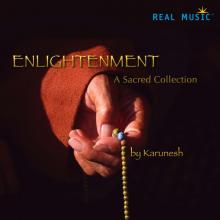 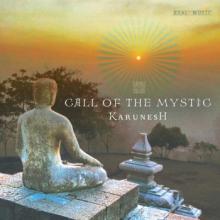 With albums like Zen Breakfast and Call of the Mystic, multi-instrumentalist/producer Karunesh has mastered the art of blending spirituality with compelling world fusion music. Joy of LIfe continues down that road and is possibly his most Eastern themed album to date, relying on the weepy drones of Indian strings and the breathy Bansuri to give his compositions a mystical flair. In the rhythm department, Karunesh doesn't stray far from the formula of his past offerings, with his signature brand of mood-drenched grooves (sprinkled with tabla beats and regional percussion) blending with smooth and meditative synth atmospheres. The frosting on the cake is the guest artists Karunesh has assembled, which include Govi, Chinmaya Dunster and Bikram, who help to make this album as much oh a joy as the title implies.

Karunesh has released 17 albums since 1987 all which touch upon ancient spiritual and religious traditions. Joy of Life is his most recent release. Most of the music has a medium speed raga rhythm accompanied on some tracks by tabla, oud, sitar, bansuri, sarod, indian violin, vocals on a couple of tracks, and keyboards by Karunesh. He composed and arranged all the music. You hear beautiful indian folk melodies, heartfelt layering of the instruments and trance-chant expression that can touch you deeply upon close listening, movement, meditation. The music inspires me to keep my communication simple, clear, and without haste, or maybe with delay.

Unlike some of the Indian-eastern based music that I'm familiar with (see Nataraja, Music For Aligators, Niyaz), which mixes more instruments and electronics with emotionally charged, cathartic rhythms, Karunesh stays closer to the mellower sounds of great new age artists like Kitaro and Deuter. The feel of Karunesh's music reminded me of Deuter, who created much of the meditation music for Bagwan Rajneesh, now known as Osho. Rajneesh, his behavior aside, was a master of many meditation forms, many which involved dancing (picture a room with thousands of followers). Osho Chakra Sounds is one of Karunesh's albums designed for practicing one of Osho's meditations. Joy of Life falls between highly cathartic and ambient meditation music. Even so, tracks “Return of the Rains”, “Joy of Life”, and “Sahara Sunset” with its middle-eastern melody, provide plenty of energy for releasing through movement. The final track, “Shruti's Song” brings the album to an very relaxed, yet ecstatic ahhhhhhhh!

Karunesh lived in an ashram in Germany for five years. Here Karunesh (sanskrit for “compassion”) played together with musicians from cultures around the world. Deuter was likely one of them. He developed the symbiosis of different styles and feelings in which could express his mystical experience.

I recommend Joy of Life for movement practice, massage, yoga, tai-chi, hiking in woods, photo presentation....Oh you get the idea!