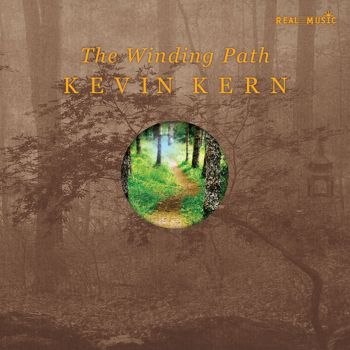 The Winding Path by Kevin Kern

The Winding Path will take you on a surreal journey to the center of your heart and back again.” —Retailing Insights

Kevin Kern has become a universal name for beautiful, relaxing music. This intimate, piano-led path through nature creates a resonance of tranquility and peace for pure listening pleasure. Also ideal for massage, meditation or relieving stress. The combination of songs on the Winding Path creates a vivid journey easily followed. Detailed instructions for a self-guided healing visualization are included in the booklet.

Over thirteen weeks on the Billboard Chart! 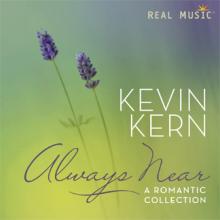 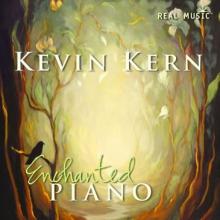 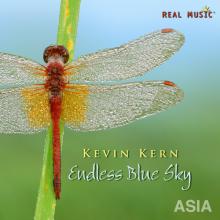 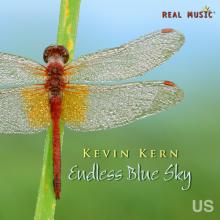 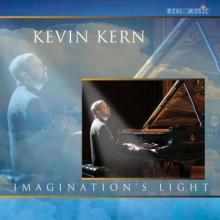 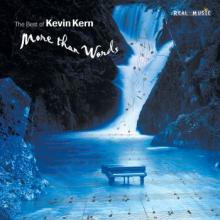 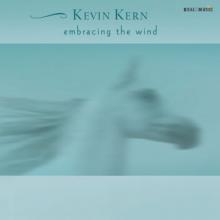 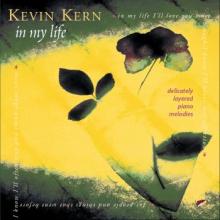 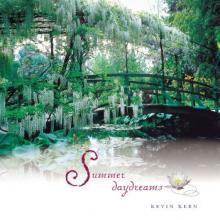 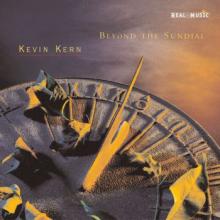 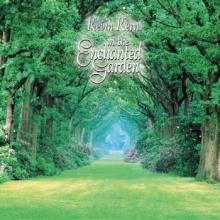 Back in 1996, the burgeoning label Real Music introduced the world to the magical and captivating music of Kevin Kern. His debut, In The Enchanted Garden, was (for lack of a better word) enchanting. Due to the strength of Kern’s debut, he has been unable to surpass himself; that is until now. Without a shadow of a doubt The Winding Path will take you on a surreal journey to the center of your heart and back again.

I still remember the day when I first introduced myself to Kevin Kern’s music. I had been glancing through the New Age section when the startling artwork of In The Enchanted Garden caught my eye. It did not hurt that the CD was on the then relatively-new record label Real Music. I figured why not give the disc a whirl. The beauty of his simple, straightforward, and unassuming piano work immediately captivated me. Yes, the swirling synthesizers instead of strings lacked a little warmth but it did not take away from the compositions of this piano man that I had never heard of.

With the exception of the year 2000 Kevin Kern has released an album every year (if your were to include 2002’s compilation More Than Words). And while all five albums of original material have been impressive, they have never quite reached the peak of In The Enchanted Garden. In fact, his last solo effort Embracing The Wind, while pleasant enough, was probably one of his weaker projects when compared with his other efforts. Thus the timing of The Winding Path is impeccable and is without a doubt the most audacious and impressive writing of Kern’s career. Gone is the emphasis on the manufactured string arrangements, replaced by several guest artists who add wonderful layers of warm human performances. The most obvious inclusion is the work of 2002’s Pamela Corpus featured on flute on the opening track “The Touch Of Love.” The song is quite simply gorgeous; flowing with a soothing melody line that will instantly appeal to you.

Long time partner Jeff Linsky on guitar is brought to the forefront on several tracks. The most blatant spotlight is seen via his collaboration with Copus on the harp on “The Way Of The Stream.” Kern’s growing confidence in his own ability is apparent where his piano plays the support role instead of the featured player. For those of you reluctant to change and who love the instrumentation of Kern’s piano, do not fear. Though there are some changes, the transformation is not radical. An exception to the rule is “High Above The Valley,” which includes the flute of Coyote Oldman that leans toward a Native Indian sound. Kern’s piano work lays the foundation of almost percussion embellishments. The song opens and closes with soft, distant rumbling thunder. Nice touch. Though if you prefer the ivory keys to play the vanguard role then just skip right to the hauntingly beautiful “A Million Stars” which is unequivocally divine.

If I could borrow from Kevin’s song, this album is a “Cauldron Of Healing.” The addition of a written guided visualization, which I would prefer to refer to as a peaceful meditation, is also a nice touch. But it is the quiet storm on the disc that will bring tranquility and serenity to help keep you in the eye of your own personal hurricane. The Winding Path is certainly Kevin’s personal best to
date or for that matter the year 2003. The bar has been set.

As a long-time fan of Kevin Kern’s music, I’m excited to say that I serendipitous equipment failure just prior to the recording sessions, this album is much more acoustic than previous albums and the “canned” strings are all but gone. Kern recorded this album on an amazing Hamburg Steinway that he refers to as “God’s own piano,” and his passion for this instrument sings through on each piece. Joining Kern on this album are 2002 (Pamela Copus does an incredible job on all of the wind instruments, and Randy supplies bells and other sounds), Jeff Kinsky on guitar, Jeremy Cohen on violin, Terence Yallop on bells on one track, and Kevin’s wife, Pam, on rainstick. And then there is that piano. The combined forces produce a “great big soundscape” (Kevin’s quote) that may surprise some of his fans. The music is still very gentle, soothing, and uplifting, but the feel and quality of the album is bigger and fuller. I love it! Kern says that the difference in his approach to this album is that this music will be the “heart and soul and center”; of his live appearances — concert audiences are in for a real treat!

“The Touch of Love” opens the album on a rather ethereal note. The 2002-influence is really strong on this piece, and it is a truly beautiful collaboration. Pamela Copus’ flute has such a feeling of yearning, combined with sweet voices, and that marvelous piano (and pianist!). “The Way of the Stream” is a gorgeous guitar/ piano duet with a few additional sounds for color. “A Million Stars” is a wonderful piece that Kern created in the studio at Terence Yallop’s suggestion that he “play the sky.”; (Pieces like this make my fingers itch!) The clarity and sparkle of the upper registers of the piano are perfect for depicting a clear night skyscape away from the lights of the city. This is definitely one of my favorite Kern pieces (not just from this album). “High Above the Clouds” begins with the sound of a thunder storm; Pamela Copus comes in on Native American flute, playing a lovely, melancholy melody. Then the piano picks up the melody and develops it. The piece becomes a flute and piano duet with some background accompaniment. “Through the Veil” is a classic Kern anthem with the addition of a rhythm track. Mostly piano and guitar (with Pam on rainstick!), the melody is compelling and heartfelt — another one of my favorites on this album. My favorite track on The “Winding Path” is the title track, which features Kern on piano, Copus on flute, and the incredible Jeremy Cohen on violin. An achingly beautiful piece, this one touched me deeply each of the ten or so times I’ve heard it.

Bravo to Kevin Kern and company for producing a “real” standout! A guided visualization is included in the liner notes for those who are so inclined, but the music is vivid and colorful enough that you can probably produce your own daydreams to accompany it.