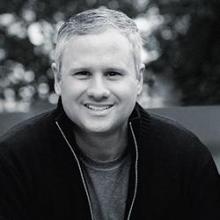 Kevin Wood is a master of the musical collage, bringing various sacred traditions and styles together into a meaningful and soul-stirring sound. He is an award-winning independent artist who has sold more than 100,000 copies of his three New Age/World music albums. Wood’s fourth album, Eternal, is now available on the Real Music label.

Since his 2002 debut, Wood’s recordings have received heavy airplay on syndicated digital music channels such as Music Choice Soundscapes, Sirius/XM Spa, and Dish. This, coupled with impressive retail sales, makes him one of the top independent artists in the New Age music market.

As a composer, producer, promoter, keyboardist, drummer, and manager of his own record label, New Vision Music, Kevin Wood wears many hats.

“My intention is to make meaningful music that helps people feel an open and warm connection to Spirit within. On a deeper level, I write music that helps the listener feel oneness with Spirit, humanity, Mother Earth, and all that there is. My albums take this further and offer spiritual themes that invite the listener to enter a heart-felt journey into a beautiful and mystical place not yet seen or heard, but familiar enough in instrumentation and style to feel safe, connected and at peace.”

As a composer, Wood takes many paths in creating new music:  “I write songs in various ways. I might start with a chant, or an interplay between two vocals, or a simple or newly-created chord progression.

My inspiration may stem from meditation or a chance encounter, or even a melody I hear in a dream. My most beloved songs have come about in unexpected ways, which keeps the process exciting and the final recordings fresh and unique.”

Kevin Wood has produced and co-produced more than 55 digital-only albums, collaborations that resulted in the sale of 1.5 million downloads of relaxation music and nature sounds. Some of those albums have reached #1 on iTunes New Age, #7 on Billboard, and #1 on Rhapsody New Age, while several albums garner millions of streams each month.

Wood has produced all of his own albums on his New Vision Music label. In 2009, he released Synergy, a highly-acclaimed compilation album which includes fourteen artists. In 2014, he produced Music That Matters, a benefit album which includes music from thirty-six artists, including nine Grammy nominees. Described as “unprecedented. . . an All-Star lineup” (Michael Diamond Reviews), 100% of the album’s proceeds benefit LoveLight, a group helping South African children.

Through his company, New Vision Promotion (www.NewVisionPromotion.com), Wood has been promoting many well-regarded New Age/Instrumental artists for almost two decades.

Wood’s third album, Kindred (2008), earned “Best Meditation/Relaxation Album of the Year” from Zone Music Reporter (ZMR). The album features chants from all over the world that are seamlessly interwoven with modern grooves and ethereal sounds. Music from KINDRED was included in The Seasons DVD from the Yosemite National Park series by Emmy Award-winning filmmaker Sterling Johnson.

Wood’s second album, Sacred (2005), earned the #2 “World Album of the Year” award from Backroads Music and “Best New Age Album of the Year” by the Coalition of Visionary Resources (COVR). In this truly unique project, Wood combined Native American chant and Gregorian chant with his eclectic, mood-altering original music. The album was featured on iTunes New Age for two months, selected by the iTunes editorial staff over hundreds of other albums.

Compositionally, Kindred was heavily influenced by visits to various Native American Pow Wows across the South where Wood was honored with invitations to record traditional native chants for his music projects.

ON A MORE PERSONAL NOTE

Kevin Wood grew up in a suburb of Nashville, TN, surrounded by musicians. “Music was at the heart of people’s livelihood in so many households. It was a way of life.” Encouraged by his mother, also a pianist, Kevin began classical piano lessons at age 7, and started playing drums and at the age of 10. He went on to win music composition awards in high school and later hosted a New Age music radio show in college.

Although music was not Kevin’s major, he studied piano for two years under Baylor University’s Dr. Michael Ard, an exceptionally-skilled pianist with highly creative methods and Eastern philosophical perspectives, both of which influenced Kevin’s music. As an adult, Kevin has lived in and around Austin, TX, a city that claims the title “Live Music Capitol of the World.”

Kevin, and his wife, Jennifer, have a 7-year-old daughter and own two adorable rescue dogs. Kevin is active with The Men’s Fellowship Network and is a Unity Church member where he and Jennifer serve as ushers.

“Above all, I love to create and go where my heart leads. If you follow your true passions and fully commit yourself to your innermost calling, I believe it will serve you well and will help make the world a better place,” said Wood.

Kevin Shares His Experience about the making of Eternal

Tears of joy and gratitude came to my eyes as I listened to my newly completed collection of soul-inspired songs on Eternal. I am overwhelmed with joy knowing that Eternal has come together in such a beautiful way and that it is being released.

Reflecting back, it had been a long and difficult trek, but I had put a deep lack of motivation and self-doubt behind me and had come back into writing and producing music. Permeating through my life experiences was the memory of the sudden loss, during my college years, of my youthful mother. In my younger years I would compose piano pieces for her knowing that she was my guardian angel. Eventually, I came to realize that it was largely her passing and the deep heartbreak that ensued that served as the catalyst for me to drop my hesitant pursuits toward law and politics to pursue what really stirred my soul – writing music and sharing it with others. To this day she remains my guardian angel and helps keep me inspired and growing.

While I felt a calling to produce my first 3 albums, Eternal was different. I truly believe I was fulfilling my destiny; expressing a spiritual journey that was similar to others who have walked the same path. Supporting this belief were the amazing happenstances and synchronicities along the way, such as the time I found myself hosting the great musician and cellist, Francois le Roux, in our home and the wonderful recording sessions that followed.

It was in 2009 that I began to neglect my connection to Spirit and abandoned many of my traditional religious beliefs. Losing this connection was like taking off a warm coat in the frigid snow. My spiritual solitude grew deeper and I began to experience persistent fears, feeling unsafe and disconnected from meaning and purpose. I even doubted if I would create music again, depriving me of the joy of sharing these heartfelt creations with others.

As a caring and devoted father and husband, I later realized that I was longing to find my spiritual essence and reconnect with a spiritual community. This led my loving wife, Jennifer, and me back to the Unity Church we had occasionally visited years earlier. It became clear that this was our spiritual home and, with Jennifer’s urging, I also began attending their men’s group.

Once again, I was finding my soul’s way to a deeper truth. One Sunday during service, the sun shone down through a small window in the sanctuary. A bright ray of light solely and squarely warmed my face. One of my close friends commented that I looked like an angel had illuminated me with God’s light. I believed it was a gift of God’s grace and love shining on me, showing my path.

The bond with the men ran deep and our weekly gatherings fed my soul. The principle of living and connecting from the heart and not the head began to take hold. My family’s love of the church and its teachings grew, and we grew closer as a family.

Many other special moments and unexplained coincidences ensued. My journey felt magical, yet destined. I began to believe my newfound faith took me to new heights. For the next few years I began to forgive myself and others and shed old resentments. I also began to pray and meditate before bedtime.

It was during these meditations that something amazing would happen. In the deep stillness I would feel the presence of Truth – of God. Although as a child I felt a connection with God, this was unlike anything I had experienced before. It was a deep sense of peace, love and acceptance. It was Eternal Grace — a sense that I was fully a part of this Loving Spirit, The Christ, and that at my core I was like all souls — Eternal.

With my involvement in our church community and my commitment to our men’s group came amazing opportunities to collaborate and record with other musicians. In addition to Francois le Roux, I was blessed to work with such artists as Steve Birch and Shawnda Rowe-Birch, Craig Toungate and several others. Out of these sessions the songs of Eternal began to flow, leading to the completion of the album.

It was my Hero’s Journey. After trials and tribulations, I had found my way home. My faith had grown deeper than ever, built on real life experiences and a reconnection with Spirit. I had changed and truly wanted to radiate the light within and extend my love and compassion to all. My hope is that my journey will inspire others to look within themselves in stillness, feel the Eternal presence of God, and share their love and Eternal light with the world.

Today, I am filled with immense gratitude knowing Eternal is perfect in its own way. I realize that, had I rushed to publish in 2014, it would have sounded nothing like it does today. Everything that went into making this album, including the ups and downs, were absolutely the way it was supposed to happen – in perfect cosmic and Divine order.