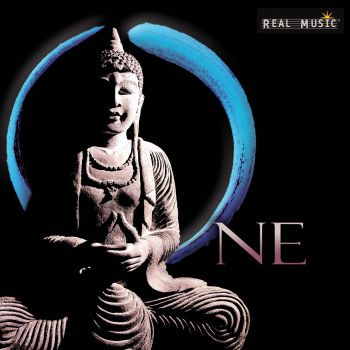 Remember when you’ve heard music so beautiful that it captured you, lifted you up, opened your heart and mind? Perhaps you were having a massage, doing yoga or just being silent but whatever you were doing, you wanted that music to continue. This is the music of One. Music to keep you there. Over an hour of guitars, tablas, oboe, cello, tamboura, harp, English horn, voice and many other soft sounds woven together with no abrupt changes, the timing set to the gentle rhythm of the ocean. 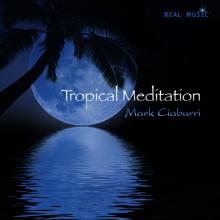 Written, produced, and recorded by keyboardist Mark Ciaburri on the island of Maui, One is an ambitious and uninterrupted hour-long single track. The music is designed to help listeners stay in an extended, deeply meditative state. Teaming with talented musicians, including Bruce Becvar and Daniel Paul, on acoustic guitar, percussion, cello, harp, oboe, English horn, and flutes, Ciaburri’s keyboard creates a continuous, sweet sound that varies enough to keep listeners engaged without distracting them. Using the Osho quote, “Don’t just do something, sit there,” to guide the intention of the album, these dedicated artists work intuitively with each other to produce a seamless, flowing musical-meditation experience.

This Cd is one of the most beautiful and deeply soothing and relaxing Cds that I have ever listened to. One starts off slow, with resonating drones of tamboura, keyboards, and cello and continues to add layers with melodies of acoustic guitar, harp, and flutes. Some mellow tabla playing adds just the right amount of percussion and feel, and if you listen closely you can hear subtle yet angelic choir voices in the background. One was composed for creating a state of oneness — especially for yoga and meditation practices, and is easily attained after listening to just a fraction of this 66-minute composition. Recorded in Maui, One’s timing was intentionally set to the soft rhythm and flow of the ocean.

As a title, One principally represents the body-mind-spirit cohesion aspired to in keyboardist Mark Ciaburri’s slowly unfolding journey toward a state of sublime relaxation. It may also serve as a small pun, indicating the number of tracks found on this disc (and the number of recordings in this newcomer’s discography). One is a nearly 67-minute, multi-instrumental bliss-out that also could have been appropriately titled Meditation Jam. First, Ciaburri electronically establishes the recording’s underpinnings, a warm, gently glowing soundscape that hovers near the fringes of deep space. He then allows a host of accompanists — most prominently Bruce BecVar on acoustic guitar, plus others on cello, harp, oboe, English horn, flute, tabla, and voice — to add contemporary textures and benign, slow- motion abstractions, all with the intent of creating a sanctuary of sustained restfulness. It succeeds on most counts, though at times the disc seems busy, with instruments too often overlapping or crowding one another for prominence. Offering a little more openness, by extending spaces between notes or taking a more spare approach to instrumentation, might have turned a very good recording into a great one. Ciaburri’s subtle use of voices (created by The Angels Choir of Maui,a nod to where the disc was recorded) is particularly attractive. Massage and yoga enthusiasts, take note.

An album of just one single track of harmonious ambient music from Mark Ciaburri with the support of musicians Bruce Becvar on guitar, Daniel Paul on tablas, Ginny Morgan on harp and cello, Jazlyn Woods on oboe and John Zangrando on flutes. The musicians are accompanied by the Angels Choir of Maui with their gorgeous sound. This is one of those classic and beautiful albums of quality atmospheric music that will help you deal with stress and worry or maybe just relax you after a long and winding day.