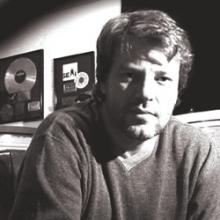 Born in Germany, Mars Lasar (lah ZAHR) moved to Australia with his parents when he was less than a year old. He started playing the piano at age eleven and received training in classical, jazz and composition. At age fifteen he won the “Young Composers Award” at the Sydney Opera House. It was around this time that he also developed an interest in using computers to create music. “Computers were fascinating to me because I could manipulate them to create so many different types of textures,” he recalls.

Of his earliest influences Mars admits, tongue-in-cheek, “I have to take my hat off to Beethoven,” but he also cites such disparate performers as Pink Floyd, Black Sabbath, Deep Purple, early Van Halen, Alan Parsons, Kraftwerk, Tangerine Dream and Jean-Michel Jarre as sparking his musical interest. In high school he began dabbling in abstract concrete music with a friend who taped frequencies off the short wave radio and incorporated them into musical pieces, an early form of sampling. Later, Mars joined the Australian band IQ where he was discovered by the President of Fairlight Computers who hired him as the company's in-house composer. “I received calls from all over the world from fans of my Fairlight compositions,” he says. The exposure led to a series of freelance commercial and soundtrack work for the likes of Chrysler-Plymouth, Duracell and Kleenex and such television shows as Baywatch, Equal Justice and This is the NFL. In 1987, Mars created the score for Sounds Like Australia, a wildlife film that employed the Fairlight in taking the sounds of nature and shaping and reworking them into music. In 1990, noted producers Hans Zimmer and Trevor Horn brought Mars to America to work on the soundtrack for the Tom Cruise film Days of Thunder. Horn then brought him in to help with an album by new artist Seal, which ended up earning a Grammy nomination.

Mars’ album Olympus was used by CBS during their broadcast of the 1992 Winter Olympics from Albertville, France. The record was a Top Ten on Billboard's New Age Chart in the same year. The follow-up The Eleventh Hour represented a departure for Mars. Using a Sample Cell sampler and a Cubase sequencer with his Macintosh, he created an evocative, eclectic work that spills over into varied musical genres as it tells its epic tale of a world that can be saved through human interaction and communication. On The Eleventh Hour, Mars also makes extensive use of “live” musicians, including Yanni sideman Charlie Bisharat on violin and Greg Vail of Kilauea on wind instruments. On his third solo album Escape, he offers a fantasia of “visual” music.

The Music of Olympic National Park is the fourth in Real Music’s highly successful National Parks Series. The albums in this series have been best sellers across the country, and Mars and Real Music donate 10% from the sales of this album to the Mount Rainier Olympic Fund to assist in their efforts to preserve the park.