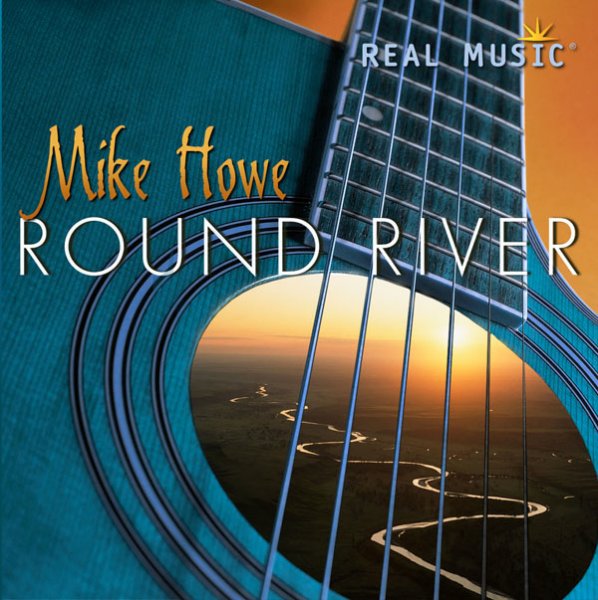 Round River by Mike Howe

Round River takes its name from Aldo Leopold’s metaphor for ecology of the mythical river that was not linear but circular, forever flowing around and back into itself. Welsh national park ecologist Mike Howe is inspired by the never-ending circle of nature to compose beautiful, heartfelt guitar melodies helping to foster a world in which the things that grow are love, spirituality, creativity, community, sustainable living and the healing of the Earth.

Round River has been nominated Best Instrumental Album - Acoustic by ZoneMusicReporter (formerly NewAgeReporter). It is also number four on Michael Debbage's Top 15 2010 Favorites and one of Kathy Parson’s Top 25 Favorites! 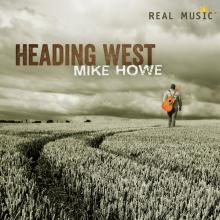 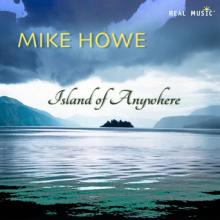 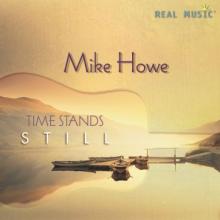 The second release on Real Music for British acoustic guitarist Mike Howe, Round River was inspired by the ‘circle of life’ philosophy put forth by ecologist Aldo Leopold, who believed that life was like a circular river and all plants and animals play a role in allowing nature to flow in harmony. This music has a feeling of pleasant solitude; it’s not hard to imagine walking down the sandy shore of a quiet beach as rays of sun poke through over-cast clouds — clearly, the organic influences of Leopold color the composition work, as well. Much like his work on Time Stands Still, Howe thoroughly enchants listeners with his tranquil approach to the acoustic guitar, which focuses on slow, methodical music that highlights the warmth and harmonic capabilities of the instrument. Besides the guitar, Howe illuminates the backdrop with bass, rhythm and light keyboards. The elements all come together to provide breezy-paced music for relaxation or creating mood.

For all the musicians that have claimed to pull music from nature, Howe puts them all to shame. A Welsh park ranger that really does find music in nature and nature in music, draws on myths and spirits to power this set that once gain shows how deep his soul is touched by nature. Proving that his debut was no flash in the pan, this is an NAC guitarist that has chops and soul to spare and seems to be able to pull inspiration from a very deep well. This is must hearing for any serious acoustic guitar fan that wants nothing less than the real deal.

Mike Howe’s debut release in 2009, Time Stands Still, was such a breath of fresh air that I was very anxious to see and hear if he could maintain that kind of quality a second time. I’m thrilled to answer that burning question with a resounding “YES!” The Welsh composer, guitarist, and ecologist returns with Round River, a collection of fifteen original pieces that are mostly solo acoustic guitar. A few of the tracks include bass, keyboards, and percussion, which are also performed by Howe. Like Time Stands Still, the music on Round River is easy going and uncomplicated, yet it feels like an intimate glimpse into its creator’s soul. Have you ever accidentally encountered a lone guitarist off by himself or herself totally lost in his or her music and playing from that special place inside where true artistry resides? That’s what this album feels like. There is no pretense or exhibitionism — just honest and soulful music that comes from a very gentle heart. The liner notes for Round River give a fascinating account of the origin of the title, which comes from Aldo Leopold’s classic text that discussed a mythical round river as a metaphor for ecology. Rather than a linear flow, the flow was circular, forever flowing around and back into itself so that a community and its landscape could never be separate. That’s an oversimplification, but clearly shows that Howe’s music is very closely tied to nature and the need to preserve and respect it. There isn’t a weak track on Round River. All fifteen pieces are soft-spoken and leisurely, creating a peaceful mood and a sense of well-being.

Real Music introduced us to the gorgeous music of the understated Welsh acoustic guitarist Mike Howe via his fantastic debut Time Stands Still. One year later Round River arrives and some things have changed. Instead of 55 minutes of soul stirring music, Howe extends his new creation to nearly 58 minutes. Otherwise his listeners are provided with another soul stirring reflective recording that will allow you to escape to your favorite imaginative getaway. Clearly, Howe was not planning on making many changes considering how beautiful his impressive debut turned out. Once again, Howe provides all the instrumentation though it is mostly about the acoustic saint and his guitar and a gently paced bass. On some occasions there is some very soft non-intrusive percussion that provides some additional hues to his compositions, the more obvious tracks receiving this treatment being “Meet You There”, “River Round” and the closing track “Where We Once Stood.” But ultimately it is about Howe and the bare essentials of his beautiful music. Melodically speaking the most obvious tracks are “Ribbons and Sky”, “The Fisherman” and then leaving almost the best for last courtesy of the alluring “I’ll See You Tomorrow”, which would compete with even the best moments found on his debut. In contrast, there is the slightly more complex “Cadair Idris” that runs over five and half minutes but never at the expense of fracturing the pastoral theme that is ever present on Round River. Keep in mind that Howe is an ecologist by day, thus his music has not only entertainment value, but it is almost a mission statement of what is near and dear to Howe, being a steward to the gift of God’s wonderful creation called earth. A successful Hollywood movie on many occasions receives the sequel treatment that takes the approach of maximizing profits at the expense of diminishing creative returns. And then there are the exceptions like Indiana Jones, Shrek and Toy Story. Howe’s latest creation is essentially a sequel to 2009’s Time Stands Still but fortunately it plays out like the latter movies. Whether he can do it a third time or needs to make some creative changes remains to be seen. But for now sit and lay your head back in your big inner tube and soak in the sun as you drift down the slow and easy indolent musical waters of Round River. Embrace the soft gentle rhythmic meandering of the music that will once again wipe away all your concerns of any challenging day.

Acoustic guitarist Mike Howe’s Round River is dedicated to an environmental group (Round River Conservation Studies) that seeks to preserve and restore wild places. However, there is nothing “wild” about these exquisite guitar tone poems (subtly enhanced with occasional electronic shadings or soft rhythms, such as on “Meet You There” or the closing “Where We Once Stood”). Every bit as soothing as Howe’s superb debut, Time Stands Still, this sophomore album flows effortlessly throughout its 15 tracks the same way a river wends its way across a rural landscape. Howe excels at crafting warm, engaging lead melodies with nary a drop of extraneous hoopla. Insightful liner notes complete the package.