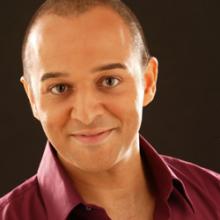 The piano-driven, instrumental music of Grammy winning Omar Akram elegantly defies borders and has played a crucial role in defining modern New Age and World music. His songs have millions of plays on YouTube from fans across the globe, and his first two albums, Opal Fire (2002) and Free As a Bird (2004), hit the Top 15 on Billboard’s New Age chart. He became the first Afghan-American to win a Grammy award with Echoes of Love (2012), and his most recent album, Daytime Dreamer (2013), presents an enchanting blend of World, New Age and electronica music that lures listeners with masterful musicianship and his well-traveled wisdom.

Born in New York, Omar grew up the son of a United Nations diplomat living everywhere from France to Prague, Cuba and his ancestral home of Afghanistan. He details his multi-cultural upbringing and his youthful brush with Fidel Castro in his op-ed for the Huffington Post, “Can Music Promote Cultures and Bridge Peace?” With powerful supporters like Paulo Coelho and Deepak Chopra, and diehard fans around the world, Omar is more than a world-class musician — he is an internationally recognized cultural figure who has been featured on BBC, Origin Magazine and Los Angeles Magazine.

In Omar’s interview with Origin Magazine, he concludes that his music is popular largely due to an absence of spoken language, and his openness to travel and world cultures, “I create instrumental music because it is the most borderless form of expression I know.  Since there are no words, it is not confined by any one language. This gives the power of interpretation to the listener, and my life’s work is connecting cultures and people through the universal expression of music.”

I m going out for the holiday, and thanks foryour fantastic service and i received my order before leaving. Thanks again . Zi Xiu Tang http://www.zixiutangslimcapsule.com/

BUY NOW
Free As A Bird