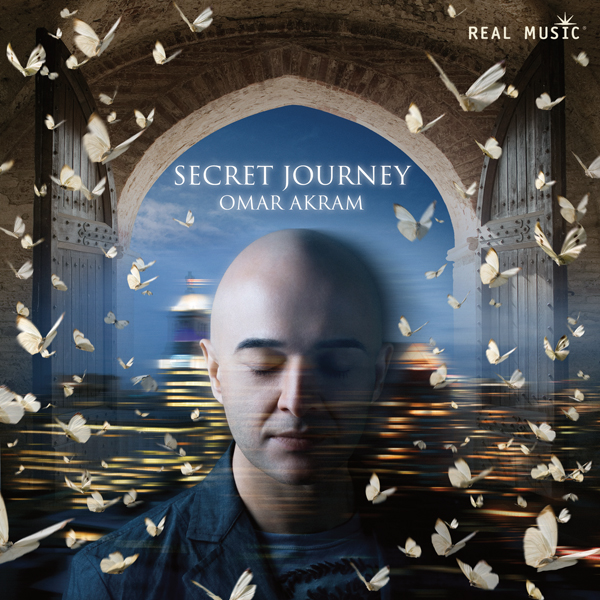 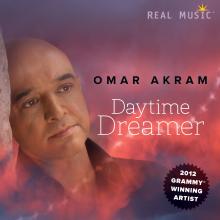 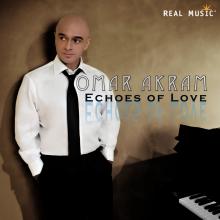 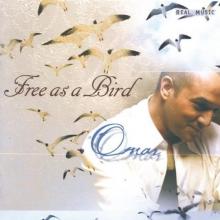 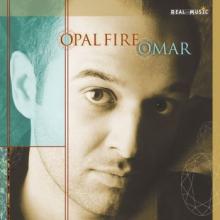 After Omar’s last release, Free As A Bird, this musician became a force to be reckoned with. Secret Journey gives us the one-two combination hit that reflects a musician that is in full stride creating compositions laced with unbridled passion and poised grace. Rooted in world themes and layered in smooth jazz and new age influences, Omar’s music has become distinct yet highly accessible. This album has all the ingredients to be not only a chart topper but also a critic’s darling for 2007.

Returning musicians from Omar’s prior success story include violinist Charlie Bisharat, guitarist Ramon Stagnaro, and on the wind instruments Pedro Eustache. New musicians on board are Ardeshir Farah on guitar and Ron Wagner on ethnic percussion. Most importantly there is Gregg Karukas on drums and behind the production board bringing life, warmth and immaculate detail propelling us on Omar’s Secret Journey.

Instrumentals always have to overcome the lack of lyrics to make their story strong and distinct. But every now and then there are certain songs that are so powerful visually that words can be unspoken. Who remembers David Foster’s tearful “Love Theme From St. Elmos’ Fire” or Yanni’s optimistic “Everglade Run”? As such, Omar’s Secret Journey begins with such a song courtesy of “Run Away With Me” that would add elements from both (mostly the former), slowly building in detail and pace that by the time you get to the chorus your toe will be tapping and your pulse racing. Utterly uplifting and fluid this particular song has the ingredients of a hit single. Turn this powerhouse up!

So how do you reduplicate “Run Away With Me”? You don’t, as Omar shifts gears with his mid-paced moody yet exotic title track emphasizing the mystical world with an off beat bass line that will vibrate your soul. Charlie Bisharat is prominent and as always and does a stellar job in bringing style and elegance to the composition.

The mid tempo melancholy themes are prominent throughout the album but always trimmed in hope and optimism as reflected by tracks such as the Yanni influenced “Whispers In The Moonlight” and the mysterious “Mirage”, this track featuring Pedro Eustache on his wind instrumentation. Intermingling with Omar on piano and Ardeshir Farah on guitar, it is a wonderful blend of West meets Middle East.

In contrast, there are a few exceptionally reflective moments which begin with the mid tempo ballad “Shimmering Star”. Once again, interaction is the name of the game this time with Omar, Bisharet and Ramon Stagnaro (on guitar) creating soft and warm musical conversation. But from an introspective point of view the album winds down with the simple yet stunning ballad “Angel Of Hope”. It is here that Omar takes the lead on his grand piano with Bisharat adding mild embellishments. With no percussion to speak of Omar brings the Secret Journey to a peaceful and tranquil end.

Omar Akram stated that “…we need to embrace aspects of each culture that make them unique and special”. Secret Journey expounds on this philosophical statement boldly integrating several musical cultures. With elements of world, new age and smooth jazz he creates a rich harmonic musical tapestry that has become synonymous with his recordings. Omar has outdone himself exceeding his exceptional Free As A Bird. If not already done, his latest masterpiece will place Omar on the elite list. From that aspect his own secret journey is over. Omar has arrived.

In the liner notes, Omar Akram states that he hopes his music can act as an international language that crosses cultural barriers, an admirable goal to be sure. If this CD finds its way into the hands of people who enjoy an assortment of uptempo and relaxed music, blending ethnic (primarily Mediterranean and Middle Eastern) influences with contemporary jazz, electronica, and new age elements, then Akram’s hopes will almost certainly be fulfilled.

Comparing favorably to such well-regarded works as Chris Spheeris’ Culture and Eros or Shahin and Sepehr’s, Secret Journey features pianist and keyboard player Akram joined by acoustic guitarists Ardeshir Farah and Ramon Stagnaro, as well as Gregg Karukas (keyboards, drum and percussion programming), Pedro Eustache (flute, duduke, Persian ney flute), Ron Wagner (ethnic percussion), and the always-in-demand violinist Charlie Bisharat (who graces nearly every song). The CD’s twelve tracks are all ensemble pieces, the musicians either playing together in harmony, or taking turns soloing and providing skillful back-up. The mix and production of the CD (by Karukas) are textbook, especially where the drums, beats and percussion are placed in the mix. It’s this stressing of the lead melody (whoever is playing it) over rhythm and accompaniment that gives the album its perfect sense of balance. While Akram’s piano playing dominates the recording, he’s never overbearing or in your face, instead sharing the spotlight repeatedly with other musicians repeatedly.

As stated earlier, the music integrates world fusion elements (rhythms and musical signatures) with the jazz, new age and even electronica genres. If you are familiar with the artists mentioned earlier, or perhaps pianist Armen Chakmakian, they are good reference points. While I think the album is generally uptempo, some cuts are laid-back or gentle, such as the closing “Angel of Hope” (a tender and romantic, yet slightly mournful track featuring only Akram’s piano and Bisharat’s violin and some modest synth strings). The majority of songs on the CD will put a smile on your face and set your feet a tapping or, if you listen while driving, may inspire you to nudge that speedometer up a bit. “Run Away With Me,” the opening cut, starts off slowly with jazzy piano and muted hand drums, before cranking it up a notch with some subdued techno-ish dance beats and an elevated piano tempo along with some swaying violin from Bisharat and some tasty licks from Stagnaro’s guitar. “Secret Journey” begins with haunting duduke, and mysterious piano and guitar (all sounding solidly Mediterranean). Like the first track, things kick into a higher gear with hand percussion and some electronica rhythms, along with an infusion of additional drama and passion from piano and violin. This song evokes the same sexy liveliness that the previously mentioned e (from Shahin and Sepehr) has in abundance. Another song I particularly enjoyed was “Caravan,” one of the higher energy tunes here and featuring great integration of contemporary electronica and jazz fusion elements with more traditional instrumentation and rhythms.

What it all comes down to is that this CD celebrates music in its many forms, regardless of culture, ethnicity, or locale. Whether the sweeping drama of the ballad “Shimmering Star,” the bubbly effervescence of “Gypsy Spirit” or the sultry sensuality of “Whispers in the Moonlight,” Secret Journey is your ticket to almost an hour of expertly crafted music by musicians at their artistic peak, led by pianist/keyboardist Akram. I recommend the recording to musically-inclined travelers, armchair, virtual, or real, everywhere.