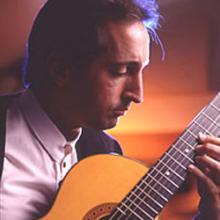 When Paul Avgerinos graduated from the Peabody Conservatory of Music in 1980, as a full scholarship honors student, he had already performed as a bassist with Isaac Stern, Jean Pierre Rampal, The Beaux Arts Trio, Baryshnikov and many other great classical artists. He also has won scholarships to play and study at music festivals in Tanglewood, Aspen, Grand Teton, Taos, and Spoleto (Italy). After graduation, Paul served as principal bass of several major symphony orchestras around the world, and gave solo recitals as well.

Expanding into more popular genres, Avgerinos toured as a bassist with Charles Aznavour, Liza Minelli, and the jazz legend Buddy Rich. Seeking to further his original composition and develop his childhood passion for electronic music, Paul built Studio Unicorn, a comprehensive digital/analog recording studio, in 1984. Eight solo CDs in the New Age genre followed, including Muse of the Round Sky on the Hearts of Space label. Muse was nominated for a Grammy and is played on more than 2,000 radio stations around the world in addition to syndicated shows such as “Music from the Hearts of Space” and John Diliberto's “Echoes”. Two thirty-minute features with the latter are added to his credits along with his many other radio interviews. Paul’s music is currently being played on Sirius & XM Satellite radio as well as Music Choice Cable. He has appeared on fourteen sampler CDs and as a guest artist on albums by Joanie Madden, Faruk Tekbilek, Joaquin Lievano, Brian Keane and others.

Avgerinos records and produces many popular albums as well and has worked with artists as diverse as Jewel, Richie Havens, Run DMC, and the Celtic Tenors. Avgerinos always makes time for scoring and has worked on over 100 film, TV, and cable projects for HBO, PBS, and Lifetime, among others. Paul's work on Peter Kater's Red Moon earned A 2004 Grammy Nomination. Paul's new album GNOSIS placed #1 on the New Age & World Radio Chart . Keeping busy creating original music for a variety of interesting and rewarding projects is a way of life. Currently, Avgerinos lives and works in Redding, Connecticut, where the deer pass by his studio windows and the hawks and eagles give inspiration from above.

Real Music releases include Garden of Delight and Gratitude Joy, a collaboration with Anand Anugrah.