Greenwoods: Upon a Celtic Path 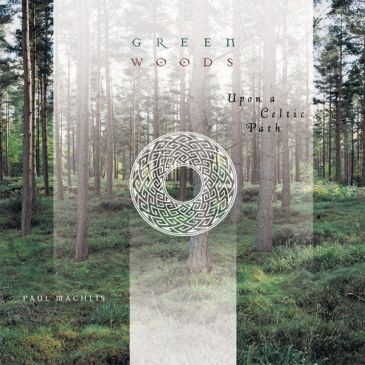 Greenwoods: Upon a Celtic Path by Paul Machlis

Paul Machlis’ lilting piano melodies embellished with uilleann pipes, whistle, cello, guitar and fiddle combine to produce a wondrous album steeped in the heart of the Celtic tradition. Reverence for the people, traditions and music infuses each Greenwoods track, capturing the mystery and magic of the Northern Isles.

Former member of the Berkeley Scottish Players, composer and musician Paul Machlis incorporates his piano playing with Uilleann pipes (the well-recognized bagpipe of Ireland), fiddle, cell, whistle and guitar to create a recognizably Celtic sound that is both relaxing and exciting.

GreenWoods: Upon a Celtic Path is intended to capture the beauty and character of the Northern Isles. All of the twelve tracks are superb relaxation music, but those that include the Uilleann pipes and/or whistle are especially so. The first track, “At the Wooden Bridge,” is the perfect beginning. It prepares you for every other track by introducing you to both the sound of the pipes and to Machlis’ playing style. I found “Greenwoods” (track three) so exquisitely beautiful that I had to play it over and over again before I could listen to any more. The light and optimistic “Whistle on the Path” is likewise beautiful. The whole is a lovely tribute to what must have been deeply inspirational visits to Scotland and Ireland.

A name that keeps cropping up every now and then courtesy of Real Music’s samplers is Paul Machlis. Also, closely associated with Scottish fiddler, Alasdair Fraser and the classic New Age/Celtic album The Road North, it appeared that delving into the Real Music catalog was necessary. Released in 1998, Greenwoods is clearly an overlooked gem that successfully merges Celtic influences with accessible melodic sensibilities.

Greenwoods was released right around the same time as the smash hit soundtrack Titanic that featured Eric Rigler and his magical uillean pipes. Machlis made the wise move of enlisting Eric and his presence is felt immediately on the opening track “At The Wooden Bridge”, only to be rounded out by Paul’s smooth piano moves. The formula is repeated successfully on “The Black-Haired Lass” and “In The Mist”. The songs featuring Eric are certainly the album’s prominent moments but frankly it is in very good company as there is very little to fault here.

With “Whistle On The Path”, Machlis’s keyboard work is foremost though it is effectively supplemented by Deby Benton Grosjean on the fiddle and Shelley Phillips on the high whistle. It is such a bonnie song. Several of the other tracks also include the cello and oboe work of Barry and Shelley Phillips respectively and their performances are equally as memorable, bringing to mind the work of Nancy Rumbel. There is also the splendid title track as well as the almost regal “Last Moments”.

While Paul does not hesitate to share the spotlight collaborating with his guest musicians, he does take the rare opportunity to be unaccompanied. The stripped down “Nightblossom” is one of those tender moments yet the results are equally as incredible and inspired. A solitary performance is not repeated until Machlis bids us “Farewell” with the closing track.

While the luck of the Irish may not have graced Machlis commercially speaking, from a creative point of view this album is an utter success. Though it is not one of the better known Celtic albums, the catchy melodic hooks along with its renaissance charm makes Greenwoods an enchanting gem to search for. It is also clear evidence that an eight-year absence of a full-length recording is much too long for this under appreciated artist.