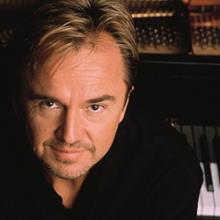 Multi-platinum selling pianist/composer, Peter Kater has written music for over 100 television and film programs including eleven On and Off-Broadway dramatic plays. His more than 40 critically acclaimed CD releases in 25 years range from Contemporary Jazz, World Fusion and Native American collaborations to full orchestrations and of course, his signature solo piano recordings. Receiving extensive world-wide airplay on a diverse array of radio formats, Kater’s broad creative stroke has touched millions of hearts. In addition, because of his commitment and dedication to the environment and humanitarian causes, Peter was honored with the Environmental Leadership Award by the United Nations and performs over 50 concerts each year. He has received eleven Grammy Nominations, including one for his cd entitled Elements Series: Fire on the Real Music label.

Peter scored to the film 10 Questions for the Dalai Lama. The film won awards at film festivals around the world (10questionsforthedalailama.com). Over the last few years Peter has written the music for several short films and was heard in the NBC broadcast of the 2000 & 2004 Summer Olympics. He also collaborated with Kenny Loggins on his cd December and performed at Carnegie Hall in New York City.

Of German birth and descent, Peter moved to New Jersey from Munich, Germany at the age of four and began studying the piano, at his mother’s demand, when he was seven. Seven years of classical training led into playing Rock & Roll and Top 40 bands around New Jersey and New York while studying contemporary improvisation. Moving to Boulder, Colorado at the age of eighteen, he began a six-year period of playing only improvisationally in clubs throughout the Rocky Mountain region. “I didn’t want to play anything the same way twice, being in the moment and spontaneous was very important to me, both musically and personally”, said Kater. When he was twenty years old he accepted a scholarship to the California Institute of the Arts in Los Angeles but quit after two months, preferring his life as a professional musician.

When Kater realized that his next step was composing and recording his music, he moved back to Colorado “to a less external, more inspiring natural environment” and released his first album of piano solos in 1983. Since then he's recorded and performed nationally and internationally with some of the worlds most talented and accomplished musicians, actors, directors and authors. Currently Peter lives in Southern California enjoying the climate, lifestyle and the incredible resource of talent and creative opportunities that exist there.