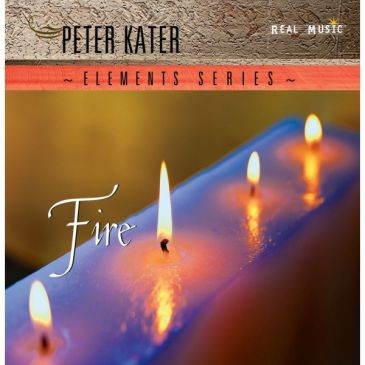 Like fire blazing across a dry mountain meadow, our creative and passionate instincts can carry us to places we’ve never been. Cultivating our inner flame can lead to intuition, purity and power. Let this music be your guide to that place where everything is possible, that place of Eternal Sunshine. 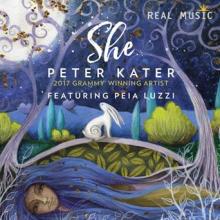 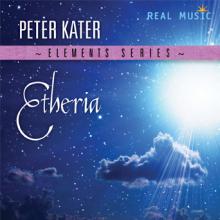 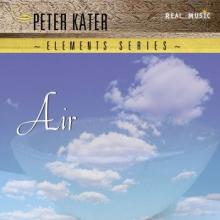 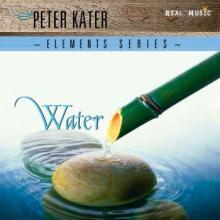 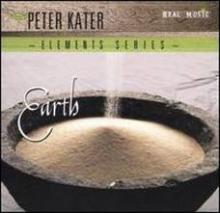 The title Fire might suggest roiling textures or a conflagration of sound, but this volume of Peter Kater's four-disc Elements series is golden sunsets and hearthside caresses. Purely acoustic, Fire has a nostalgic aura. Paul McCandless’s pennywhistles and Ludvig Girdland’s violin lend it a Celtic flavor on tracks like “Eternal Sunshine,” while on “The Way Home” that same fiddle takes on a tinge of Americana, framing McCandless’s forlorn oboe and Kater's pensive piano. In fact, Kater sounds like he’s writing words on a page, contemplating each note before he lets it drop. The entire disc has the intuitive feel of guided improvisations, like you might expect from highly-attuned jazz players, but with a greater concern for the ensemble sound than the individual solo. It's difficult to play music this introspective, and sometimes it feels painfully slow, but guided by a sense of melancholy and contemplation, Peter Kater and company pull it off.

The third in Kater's elements series might deal with a serious emotion, but he has Paul McCandless playing penny whistle so there is room for whimsy among the seriousness. Actually this set focuses more on the soft and sensual side of fire, like candles in the window and fore places putting the element in it's proper perspective. A passionate recording to match the subject, this is a side of Kater that shows how he can fuse things in a special way.

The heat generated from Peter Kater’s Fire, from his bliss-inducing “Elements” series, is more of a steady burn than a blazing tourch. This is music that calls to mind the pale glow of candlelight, as you relax and sooth your weary muscles. Featuring the skilled playing of Grammy-nominated multi-instrumentalist Paul McCandless and violin master Ludvig Girland, Kater provides a very warm, peaceful environment for relaxation practices, meditation and healing work. The compositions are both gentle and spacious, with an acoustic flair that makes each feel very natural. Sixty minutes of utmost tranquility awaits.

In Fire we find seven compositions full of sensitivity and romanticism. The music turns out to be relaxing, at times melancholic, at times blissful, with some mystery touches, with warm textures and soft colors. Almost all the themes are rhythmic, even though not quite fast, and give the leading role to the melodies. The piano has a very important protagonism throughout the entire album. Seven compositions aimed at making the listener dream.

Beyond Earth, Air, and Water, it is Fire, one of the four CDs in Peter Kater’s “Elements Series” (Real Music), that received a 2007 Grammy nomination for Best New Age Album. Although the first track, “Eternal Sunshine,” is a bit straight-ahead treadmill, the other compositions, including “The Way Home,” “Twilight,” “Hearth Fire,” and “Afterglow,” possess an uncommon, serene beauty. It’s music that makes you want to slow down, pause, lie on your back, and gaze up at a literal or metaphorical sky filled with stars. Kater’s all-acoustic flights, featuring his piano joined by Ludvig Girdland’s soulful violin and Paul McCandless’ rich treasure chest of penny whistles, oboe, English horn, and soprano sax, make one forget about the dross of war. Fire instead purifies, preparing a place of wonder and appreciation where sundry politicians and superficially pious men in robes seem like needless distractions from that which is enduring and true.

Finally a continuing series of acoustic based albums with a consistent theme and consistent quality. A lot of record companies have tried this, but it appears that twice Grammy-nominated composer Peter Kater and Real Music have got it done, and done very well. They are called The Elements Series: Earth, Air, Fire, and Water.

There is something almost Zen-like in the quality of the music. Pensive and hypnotic, yet expansive and graceful. This is not background fluff, this is quality escort music. It is sound that will guide you to that far away place, your inner sanctum or just somewhere you have always wanted to be, if only in your heart. Joining pianist-composer Kater is Grammy nominated oboist Paul McCandless, Mike Hamilton on guitar, Richard Hardy on bamboo and silver flutes and violinist Ludvig Girland.

Air: Wings of Sound - An example of what I call breathing music, with an ebb and flow; a musical tide if you will that provides a soothing, interim time of peace to your spirit. Kater’s piano score is outstanding in this track. Richard Hardy’s flute work literally soars on this one. At 20:21 it is the longest track on the album, but it is both short-lived and timeless if that is possible. Four (long) tracks.

Earth: Celestine - Over nine minutes of pure beauty in musical form. Strong, stable, organic and solid like the planet itself. Hardy’s extraordinary flute and Hamilton’s dreamy guitar swirl like drifting sands that covers the desert. And like sifting sand it sometimes reveals secrets and treasures long forgotten. My absolute favorite on this disc. “Summer” – Brilliant guitar and flute combination and haunting piano score that musically portrays a complete season in the life of the planet. There is the rising heat of the sun, the verdant growth of new life and the maturation that only a summer of fertile surroundings can produce. Eleven tracks.

Fire: Northern Lights may be the best track on this album. With a haunting flute lead, an eerie oboe companion, and a melancholy piano, the flow of this one is mesmerizing. The mystery of the dancing lights has long been a part of man’s mythology and religion. To me it is the gift of the earth to man for surviving in the frozen northern climes. “Solaris” — Kater’s piano illuminates the music with a very strong score while Girland’s violin flares brightly in the background. Dedicated to the earth’s closest star, the giver of life and the protector of all fears, the sun plays a dramatic part in history, science and faith. The ensemble captures the heat and enduring light of the daystar that warms any spirit. Seven tracks.

Water: Substance of Life - is one of the most complex tunes of all the tracks. Mike Hamilton’s guitar is the impetus, but McCandless really does a number accompanying Kater’s elaborate piano work. Like water traveling through a labyrinth of rivulets, the music flows endlessly to its final destination. It may be a bigger pool or an ocean, but the flow continues as it has for an eternity. The concept as well as the imagery of the song has unsurpassed beauty. “Cascade” — An intricate solo piano piece that evokes the clear, cool healing waters of every thundering waterfall, every river and stream that originates with summer rain, thunderstorms and winter runoff. Our lives are sometimes like falling water; fast moving and tumultuous, but with periods of incredible clarity, depth and strength. Eight tracks.

Of all the albums I’ve reviewed, this is the first time I’ve had difficulty picking particular tracks. They were all that good. Kater’s music plays a big part in the life of the mind, in energizing the spirit, healing the hardened heart and relaxing the harried soul. Peter Kater and company have accomplished what New Age/contemporary instrumental music set out to do.

With tributes to the natural elements of Air, Earth, Fire and Water it makes you wonder what the quintessential element will be. This series is on my 2005 Top Ten list.