Moksha - The Path to Inner Peace 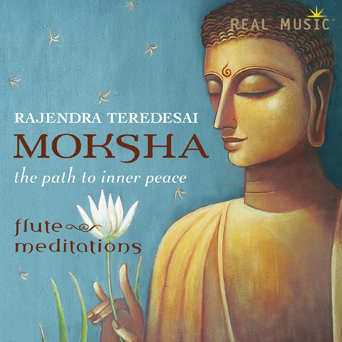 Moksha - The Path to Inner Peace by Rajendra Teredesai

Moksha is the highest goal attained through union with the Divine.

These ancient Indian ragas, when played on the bansuri flute, are known to create a deeply calming effect on the listener, facilitating inner peace and deep relaxation. They are time-tested for specific hours of the day (Dawn, Morning, Noon, Sunset, Twilight and Night) and, as such, are ideally heard when aligned with the mentioned times, keeping their deeply meditative and spiritual qualities in mind. 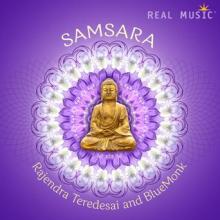 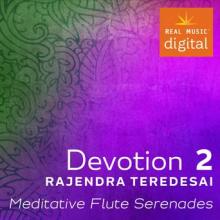 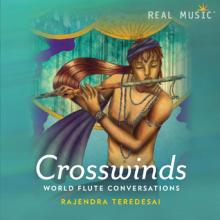 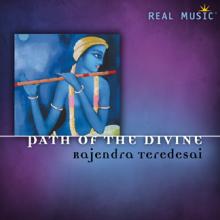 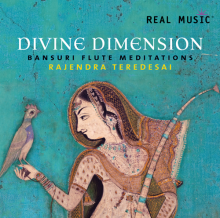 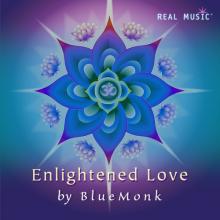 Rajendra Teredesai's latest release for Real Music, entitled Moksha – The Path to Inner Peace, once again takes us on a meditative journey that uses his consummate skills both as a composer and as a flautist to coax listeners to shed their everyday concerns and stresses in exchange for almost 50 minutes’ worth of reflective time spent with him as the guide. Rajendra's flute playing floats over the drones of the tanpura as it plays in the background giving Rajendra an excellent canvas on which to apply the paint of his emotional bansuri flute playing as he creates images of peace and tranquility in the hearts and minds of his listeners.

The key to the music that Rajendra creates is that it allows the conscious mind to be quieted enough for the spirit to be heard, and it does so by creating a trance like atmosphere so as not to give the mind anything to latch onto, but rather permits the mind to slightly lose focus so that the spirit can assert itself. With multitasking, the internet, smartphones, texts and social media a constant part of our existence in the 21st century, music such as you will find on Rajendra's latest release is sometimes an essential part of allowing the mind to temporarily release its iron grip on your daily agenda and create some space in your life for meditation and relaxation.

The title of the album speaks to the music that you will find on the six tracks that Rajendra has chosen for this release. Moksha is the highest spiritual state attained by a yogi or meditator and the music that has been included in this album has the single goal of facilitating a journey for the listener into a deeper spiritual state which allows for a more complete union with whatever deity that you may follow. But of course Rajendra’s music would be just as effective for undertaking a meditation to clear the mind before bed or before the start of a hectic day. Music is art after all, and in many ways it is in the mind and the heart of the listener that music finds its unique expressions for each person.

While the bansuri flute and the tanpura make up the bulk of the music you will hear on this new album, you will also find the sounds of birds at the opening of the disc with the song “Yoga Uday- Dawn Ritual,” and strategically placed throughout Moksha you will hear the sound of the singing bowls being struck as if to signal that a change is about to take place. Rajendra created the ragas on this album with specific times of day in mind.  In fact the six tracks start with “Yoga Uday - Dawn Ritual” for track one, and then progress through the entire day with the last track called “Yoga Nidra-Night Ritual.” Perhaps this is to suggest that mindfulness and ritual are not confined to a particular day or a particular time of day, but are a natural part of our existence and should therefore be a commonplace part of any day/time that we would choose to express it.

The whole purpose of music such as Rajendra's is simply to offer the listener a chance to be still for a bit.  It is this stillness that allows us to tap into those deeper areas of who we are that normally stay buried inside and that rarely see the light of day. Moksha – The Path to Inner Peace is the perfect title for this album as Rajendra seeks, through his compositions and through his own sensitivity to how the music opens a person up, to tap into that wellspring of peace that dwells in us all, but usually requires some work to get to it.  At the very least the idea of this music being a "path" to inner peace does show that it takes some “walking” to get to it.  One of the banes in modern society is that people have become very accustomed to having everything instantly or in a very short period of time which creates an impatience for processes that might actually require that they spend some time to achieve their goals.  Rajendra's music on this album is not something to rush through so you can move on to the next thing. Moksha – The Path to Inner Peace highlights that the process or the path to inner peace takes some time and some patience on the part of the listener.

Teredesai’s album Moksha – The Path to Inner Peace is a wonderful inward journey that is emotional and moving music creating a massage for the spirit. It weaves a musical tapestry that incorporates not only the spiritual aspects of a person’s life, but also the hours of the day that measures that life, so that there is a joining of time and timelessness all within the compositions therein. I would imagine that as you listen to this music over and over again, over a period of time you will find that you can achieve deeper states of tranquility with each journey that you take. Teredesai has created Moksha as a way of inviting the listener to discover those things that he has already found through these ragas and many others over the years.  We think that listeners would do well to accept that invitation.

Moksha – The Path to Inner Peace, Rajendra Teredesai’s latest effort, places listeners in a timeless position. The album has Teredesai place his own spirit on Indian ragas; the atmosphere that is established over the nearly-fifty minutes of the album is impressive.

“Yoga Uday (Dawn Ritual)” does a great job in showcasing the earliest moments of the new work day, eliciting hints of human activity while most of the world is still asleep. While some of the later efforts having a calming effect, I contend that Teredesai’s “Yoga Uday” is something that will inspire and invigorate.
“Yoga Prabhat (Morning Ritual)” takes listeners on a ten-plus minute journey that has two distinct threads. The flute flitters at the top of the track while there is a lower, deeper element that provides the backdrop upon which the soulful arrangements can shine.

“Yoga Nyas (Noon Ritual)” has the flutes take on a more nature-based sound; one can close their eyes and imagine a bird or the outdoors when they focus on the arrangements that are played by Teredesai.

“Yoga Sandhya (Sunset Ritual)” and “Yoga Nidra (Night Ritual)” present the last third of Moksha and connect in a fashion that is unparalleled on the album.  Where there were bold and energizing steps taken with the introductory tracks on Moksha, there seems to be a winding down and more contemplative side to the recording that listeners will experience as the album spins to a close. Few albums are able to have an effect on listeners, but Moksha is the perfect release to allow listeners to step back and contemplate the events of everyday life. Teredesai has created a release that has considerable replay value.