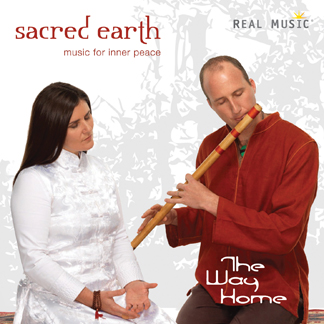 The Way Home by Sacred Earth

A very sly take on this sort of sacred music, this duo gets you looking inward in ways you never would have thought about.”  —Midwest Record

Popular in their native Australia, Sacred Earth travel the world playing music with the intent to connect people to their own inner peace and knowing. On this journey the duo seek to empower the listener by providing a sacred space where they can deeply connect to their own heart and cultivate a deeper respect for themselves and our beautiful Mother Earth. Sacred Earth create sublime music ideal for yoga, meditation or any healing practice.

This title is a re-release. 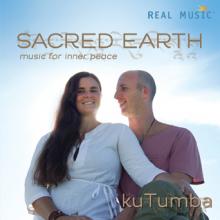 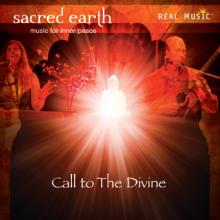 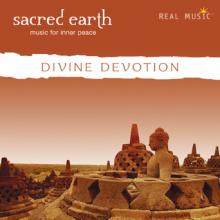 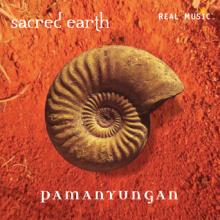 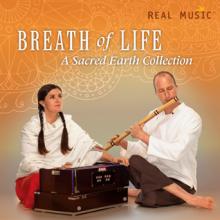 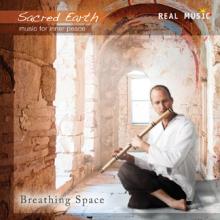 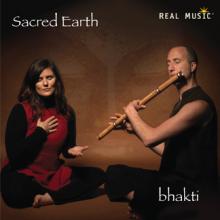 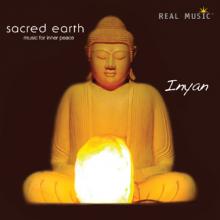 If your path is to find inner peace then I suggest you listen to The Way Home, a new release from Sacred Earth. The music is soothing, seraphic and sensual as flute, light ensemble and voice spiral thorough the universe in search of souls that might listen. The majority of the music has an Eastern flavor, but it is spiced with New Age and World genres that make it consistently appealing.

Sacred Earth is made up vocalist Prem Aliyah Williams and flautist Jethro Williams who share credit for composition, arrangements and last names. Having listened to quite a bit of Eastern themed music, I find that it quite appealing when done in an intelligent, sensitive manner such as this album. Prem Aliyah is the lyricist on the album. Her words are simple, almost unadorned chant and yet her silky voice adds an abundance of emotion to every cut.  Jethro’s flute with its many variations adds that musical essence of sensuality and flow.

“Om Namaha Shivya,” the opening cut, is a melodious, beautiful tune and as I listened to it for the first time, I wondered if all the tracks would be this good. They are. It is a prayer as many of the tracks are asking for worthiness of enlightenment. As I listened, I closed my eyes and drifted along with the music, sometimes being carried along by it and at other times creating my own way.

“Ganesha Om” turned out to be my favorite on the album.  It almost, but not quite had a feeling of Celtic music in the melody. Strange that the arrangement would have the sound of a land thousands of miles away, but music to me has a universal connection. Prem Aliyah has such a sweet voice that it sometimes has a mesmerizing affect. Ganesha, a very familiar God with his elephant’s head, is the Lord of Beginnings and the Lord of Obstacles and is revered throughout Hinduism and many other religions. I would buy the album for this cut alone.

Played as an instrumental, “Beautiful” is a serene track of dulcet flute that has energy inside the notes. As Jethro plays, the energy expands, escapes, and is available for enthrallment by the listener.

Another noteworthy tune on the recording is called “Moola Mantra.” At first I thought it a bit sad, but it is a quiet prayer, one of appreciation for those that have come before us and have done so much and as well as giving thanks for the direction that all has provided.

Although it has only eight tracks, there is more than an hour of relaxing, peaceful music to enjoy.  Jethro’s flute is so comforting that you almost feel it rather than hear it, and the vocals are quintessentially calming courtesy of Prem Aliyah.  Many of the tracks have light accompaniment of guitar, sitar, synthesizer, harp and soft percussion.  For me, the ultimate use for this beautiful recording would be if you are a commuter, whether in a car or in your own imagination, then there is no better music to listen to as you find … The Way Home. Rating: Good+

No, this new age duo isn’t covering Neil Young this time around. Clocking in at an hour, special note to massage therapists, they spend the time making wise, new versions of mantras that make them sound like nothing George Harrison ever would have thought possible. A very sly take on this sort of sacred music, this duo gets you looking inward in ways you never would have thought about. Often sounding like an industrial folk record pushing the boundaries of Americana, it looks like the great melting pot has finally become a reality nearly 100 years after social scientists first starting pushing the idea. And from Australia it comes. This is a very tasty, left of center recording the open eared can easily enjoy as well even if they don’t give a hoot about healing or introspection. Terry Oldfield better take a tip from Satchel Paige.