Can Music Can Bridge Cultures and Promote Peace? by Omar Akram 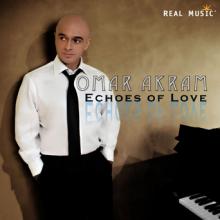 I met Fidel Castro when I was 14 years old. I was at one of my father's diplomatic functions, and I had the opportunity to strike up a conversation with Castro about music. He knew I played the piano and asked me if I'd been to any of the local African jazz clubs. I was too young to enter the clubs at the time, but to my surprise the dictator wielded his power to get me in. I entered some of Cuba's best jazz clubs by simply using his name, and no one questioned it. I would go on stage and play the piano between sets, and the musicians would improvise with me and encourage me to play. This is one of the most powerful ways I was able to absorb the culture, and bring it with me in my own art.

After I was thrust into the international spotlight as the first Afghan American to win a Grammy award this year, I learned some important lessons about the power of music. I was born in New York as the son of a UN diplomat. I've lived all around the world, from the U.S. to the Czech Republic, Cuba, Switzerland and Afghanistan. Although my parents are from Afghanistan, I've never felt confined by the borders of just one culture, and I've learned to weave these many cultures into my compositions. One reason why I think my music in particular has been able to easily flow between international borders is because there is no singing or language. I receive letters from amazing fans all around the world who are able to create their own images and impressions about what my music means because they are not being directed by words or a certain language. It is the reason I started playing instrumental music.

The Grammy win brought me a lot of attention, both from the Afghan media and the people of Afghanistan. Afghanistan is a very divided country that is made up of many different ethnicities and social groups. After being on the radio and television I heard from everyone. The people there can hardly ever unite behind anything, and after I won the Grammy award there was a shared sense of accomplishment. It was a kind of unity I've never seen that I was very happy to be a part of.

I've received very touching letters and emails from people all around the world. I once received a letter from a man in Iraq who had just lost his family and his job. He was on the brink of committing suicide and someone gave him my CD. He told me that the music gave him the hope to move on. A woman in Australia wrote to me about her father who had terminal cancer. She said that after playing my music for him his whole demeanor changed, and now he leaves it playing in the background 24/7. I've received letters ranging from an overworked father in the U.S. who is soothed by my music during his grueling commute to work, to an electricity deprived family in Afghanistan who were mystified after hearing music unlike anything they are used to through the radio. I guess you could say music at its best could provide a sort of positive culture shock.

Music can positively affect people on many different levels. It can be a tool to communicate culture and a remedy for suffering just as much as it is a form of entertainment. I've learned to meld cultures and bring in instruments from around the world without hesitation. Embrace the culture you are from. It's who you are and it is a part of what makes you unique. In some ways, you can promote diplomacy through music, but it's important to understand that diplomacy does not always have to be political. Don't be afraid of who you are and where you are from. When you keep an open mind and an open heart to the many cultures of the world, you can turn your musical instrument into an instrument of peace.