The Making of Liquid Mind by Chuck Wild 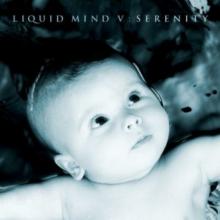 I'm often asked what instruments I use to create Liquid Mind, and what my process is. The music sounds so simple, many folks assume the process is just sitting at a keyboard, calling up a sound, and holding chords. That would be nice, if that were the case! But creating the warm fuzzy texture of Liquid Mind is a bit more involved. Actually, it takes about seven months from conception to mastering of a new album. The long form nature of my compositions (the longest is over 25 minutes) and the characteristics of the sedative music genre conspire to slow the process, as I must listen in context and for perspective as I work... not only musically, but also therapeutically.

I begin with a concept in mind, however that can change, and more often than not the music itself will clarify the premise of the album after a few months. Liquid Mind music is first sketched, either by hand on notation paper or by an improvisation. I use a very simple sound while sketching/improvising. Most of my compositions are written in the early morning hours, 6 or 7 am, and I continue writing, sketching, and improvising over a period of 3 to 4 weeks, without any self-judgment, editing, or critique of what I'm doing.

After I have 40 or more sketches, I'll let a week pass for perspective, and then listen through to the 40 ideas. Some are 5-10 minutes long, others are only a minute or two. I pick out the ten best ideas, and wait another day. Then I re-listen to the top ten pieces and choose five or six to work on. If I don't have enough that I love, I'll return to the sketching stage, and I continue this until I'm satisfied that each and every sketch engages my imagination and spirit.

I then begin revising and rewriting, which can take nearly a week per piece for longer pieces. Rewriting is a skill I acquired while signed as a staff writer to Lorimar Telepictures/Warner Chappell music in the 80's & 90's, and it's quite important. I learned that no note (or word in the case of songs) is too precious to be changed or eliminated if that alteration deepens the music's impact. I believe good music must refresh the human spirit, so I do my best to set the bar quite high.

The tempo of my pieces is the tempo of my breathing, and has been dubbed "zero beat" music, because there is no regular beat or rhythm in general. The 12 minute piece "Awakening" from Liquid Mind V: Serenity, is an exception, as it has a fairly predominate rhythmic pattern early on in the song. It's one of my favorites, by the way, and was written shortly after the passing of my Mom at age 92 in 2001.

The next and longest step is the arranging and recording of quasi-orchestral sounds from the nearly 30 synths and virtual instruments I use. It generally takes a week or ten days to arrange each piece, as I sometimes use nearly 20 tracks of various synthesizers (several Yamaha, Korg, Roland, Supernova, EMU, samplers, and about two dozen virtual synths) on a piece, blended and gently fading from sound to sound to create textural changes. I want nothing that attracts too much attention to itself, and I align and soften most every attack of the music. Arranging is usually complete after eight weeks, and I take a rest break from the music at that point.

Music therapists talk about "arousal response" in music. That is what I seek to avoid and the focus of the arranging is to remove or modify any sound or note sequence that arouses consciousness. As well, my good friend five-time Grammy winning engineer Bruce Swedien (who hired me to work for Michael Jackson during the period 1994-1998), always encourages me to use the entire frequency spectrum. To that end, arranging helps me to balance sound, from the very low (pipe organ bass) to the very high (bell-like) sounds, in a way that is not obtrusive.

The next step is the live recording of vocal ahhs, ooohs, and the occasional quiet vocal lead line. I use 3 or 4 singers, including myself, singing chords and counterpoint, and then blend them carefully not to attract too much attention. The computer allows me to soften and manipulate every track and every sound attack and release to that end.

Mixing is the second to last, and perhaps most critical stage. Again, I may spend a week (or more) per composition to mix, and I listen multiple times at low, medium, and high volumes through seven different sets of speakers (everything from car to headphones to portable stereos, to Tannoy Gold speakers in the studio). Because music is so fluid and interconnected, and the pieces are so long, this is the most difficult for me. I don't use caffeine as a rule, so it's sometimes a challenge to stay alert during the mixing, and more than once I've fallen asleep in the studio : ).

Once I'm happy with the mixes, I proceed to pre-mastering and mastering, where, with the able assistance of Bernie Grundman, the legendary mastering engineer, we together adjust the equalization (bass, mid range, and treble) and volume levels to make the album as easy to listen to as possible. I don't want the listener to have to reach for a volume knob while listening.... rather, I want them to just set the volume on the first piece, and then enjoy the experience of the album.

That, in a nutshell, is the six to seven month process of recording a Liquid Mind album.