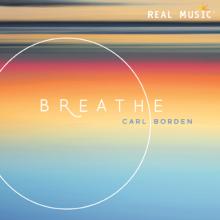 In 2017, the prodigious Real Music label released Breathe, the second CD on the label by synthesist Carl Borden. The nine track, 58 minute CD is very monolithic in parts and with its waves of sound approach, it’s quite relaxing and even haunting in places. The CD combines slowly unfolding New Age meditation music with a soundtrack type of sonic experience, yet it’s Borden’s equally mysterious nature of composition that makes Breathe such a special sounding experience. The music is accompanied by a variety of intriguing nature sounds including ocean waves, which gives the music aneven more fluid sound. From the liner notes Borden adds, “This album is called Breathe because we all have gone through situations that can rock you to your core. It is at those moments in life that we must collect ourselves and try to grasp the situation, take a step back, and breathe.” Breathe follows the label’s release of Borden’s 2015 award-winning Echoes of Bliss.

mwe3.com presents an interview with CARL BORDEN
The Breathe interview

mwe3: Can you tell us where you live now and where you’re from originally? Where do you live in Florida and what other states and countries do you like to visit?

Carl Borden: I’m originally from Dayton, Ohio but I lived the majority of my school-age years in Winter Haven, Florida. After my father passed away in 1991, we moved to Twinsburg Heights, Ohio, about fifteen miles southeast of Cleveland. But now I call Orlando home. Over the years I have been blessed to travel to many beautiful places inside of the country and out. One of my favorite places in the states is Monterey, California. It is hard to find a place more peaceful and beautiful than that. Also one of my favorite cities outside of the country is Toronto. The people there are always so welcoming and the city itself is just beautiful.

mwe3: How long have you been a writer and composer of music and who were some of your big influences that got you interested in music, and how did you gravitate towards electronic music? Were you influenced by rock music and jazz, or mainly electronica and classical music?

Carl Borden: I’ve been writing and composing professionally since I was about 19 years old. I’m a big fan of many different genres of music but I always studied songwriters and producers like Babyface, Jimmy Jam & Terry Lewis, Quincy Jones, and David Foster. However, I am a huge movie fan so I would always pay close attention to how music would affect the different scenes. The soundtrack for Men of Honor composed by Mark Isham really moved me to get into composing and I never looked back. 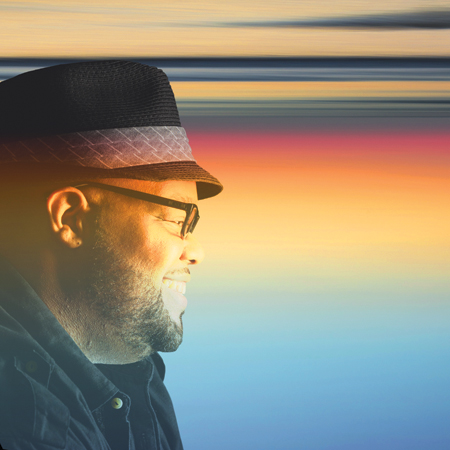 mwe3: What can you tell us about your new CD on Real Music called Breathe, for example why you call it Breathe and also can you compare Breathe with your other album on Real Music called Echoes of Bliss? You mention in the liner notes that Breathe is a remedy to being rocked by the world. Also, we are given the “breath of life” but we often forget about that fact. People forget to breathe!

Carl Borden: Exactly, I wrote Breathe for the person that is at a point in their life where they may be dealing with issues of grief and depression. I try to take the listener from a place of confusion to a place of peace and acceptance. I suffered for a long time from grief and depression so I know what they are going through. Taking a step back and breathing can give situations a different perspective. Music was the outlet that helped me then and still helps me to cope today. My hope is that Breathe will help someone in that same way. With my first album Echoes of Bliss, I concentrated more so on composing for the purposes of relaxation and meditation. I tried to take the listener on a relaxing musical journey.

mwe3: Breathe has a kind of monolithic sonic effect in that it’s very glacial sounding with slow depicted sonic motion. Is that the best approach for your kind of music, to have very slow motion soundscapes? It’s a good way to get grounded, especially as so much of life is frantic and rushed. No wonder people are so burned out these days, just from the sheer speed of life.

Carl Borden: Indeed, I find that slow moving soundscapes can help you slow your mind down after a hectic day. After going through the morning and afternoon commute, meetings and deadlines, unexpected circumstances that may come up during the day, there is nothing better than coming home and relaxing to soothing music that allows you to unwind and ease you into the evening. 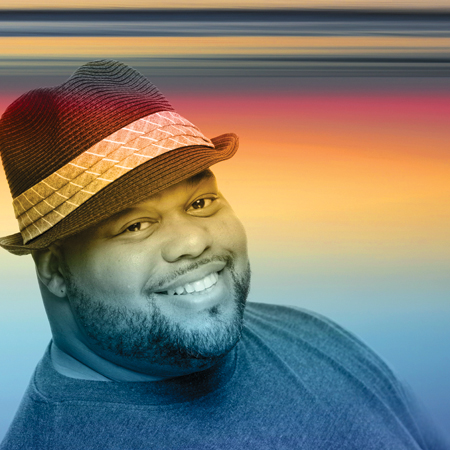 mwe3: Tell us about gear, synths, devices, amps that you used in recording the Breathe CD. How difficult was it to get the recording to sound exactly as you wanted it? What are your favorite synths and keyboards?

Carl Borden: I use a lot of different synths when I compose. A few of my favorites are Omnisphere, Pads by Umlaut Audio, anything by Heavyocity, and a few others. I’m also a big Native Instruments user and fan as well.

Carl Borden: I feel so blessed for the reaction that I’ve received from my music. People are really moved by it. I get emails sometimes from people whose lives have been touched by my music. I’m truly honored.

mwe3: Do you play other instruments in addition to keyboards, and how do you strive to become a better composer, musician and recording artist? Do you practice or spend most of your time writing and recording?

Carl Borden: I do! I play a little guitar, bass, and drums on occasion. However, I spend most of my time composing and recording. It takes quite a while because I want to make sure the feeling is right for each piece.

mwe3: How did you become a Real Music recording artist and what appeals to you about the label? With so many excellent composers and musicians on the label, who are a couple of your favorite Real Music artists?

Carl Borden: I’m so honored to be on such an amazing label. Real Music is so supportive of their artists. Everyone feels like family. I submitted my album Echoes of Bliss to the label in 2016 never in my wildest dreams expecting all that has followed. I’m definitely a big fan of Sacred Earth, Bernward Koch, Ashaneen, and Eamonn Karran.

mwe3: What other plans do you have for 2017 as far as getting the word out there about Breathe in addition to writing, recording and performing new music? What can we expect next from you, Carl?