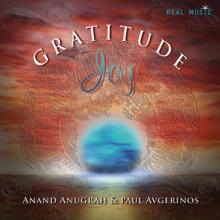 It has long been known that the way in which we perceive the world is largely influenced by the way in which we already know the world; we notice a group of creatures flying in the sky and we automatically perceive these creatures as birds. The brain is able to do this with every encounter, every single experience, that we have in life; this process is often known as “top-down processing.” However researchers at the University of Groningen have found that not only do we perceive things based on experiences we have had in the past, we also perceive things based on the emotional state that we are in at the moment. Not surprisingly enough, music, as such a large factor in affecting our moods as has been already proved by researchers, also affects this top-down processing and influences the way in which we perceive the world around us.

Throughout life we are always looking for a way to improve the way that we see the world; we want to better ourselves. As shown by research, just by making the small decision to listen to music that makes us feel positive, we are improving our world and our perceptions. Article can be accessed at: