A Word from Chuck Wild of Liquid Mind 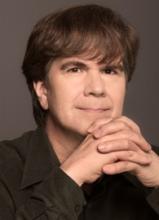 Liquid Mind listeners often ask me about my musical influences, either on behalf of themselves, or their kids who might be interested in learning and performing music. The earliest influence for me was singing sacred music in children's choirs starting at age 5. I started playing piano the same year, and by age 10 was begging the church organist to let me play the beautiful 39 rank Kilgen organ in our church. By age 13, I was playing organ for Sunday youth services. I learned to play slow meditational music in that setting from our organist and my own experience in the five years I played services. At the time, being a teenager, I didn't understand why anyone would want to listen to slow music, but as I grew up and took responsibility for my life (and the complexities that being fully engaged in life brings), I quickly grew to appreciate the value of relaxing music as a balance to the "information overstimulation" society we all live in. As my music study continued, I was (and still am) deeply attracted to the music of Rachmaninoff, Brahms, Bach, Chopin, Bartok and Beethoven, all of which have influenced my composing style.

Thank you again for your support of my music! — Chuck Wild

* Liquid Mind® is the name used by Los Angeles composer, producer, and Emmy-nominated songwriter Chuck Wild. There are few composers with as much love for slowness in their music as Wild. Chuck draws from classical and pop influences as varying as Beethoven and Brian Eno, Bartok and Rachmaninoff, Bach, Chopin and Fauré, Duruflé and Brahms.