San Francisco Bay Area-based Real Music is the leading expert in music for relaxation and renewal, renowned for the excellence of its roster of international musicians who have achieved top positions on Billboard magazine’s New Age Chart and on iTunes. The company is the global leader for music in the luxury spa and wellness industries, its music widely used by music therapists in the treatment of a broad range of healthcare needs. Our catalog offers many beautiful compilations to ease stress away. All you have to do is listen...

The information age has supplied knowledge to many millions of people. As a global population we have become better informed about a vast array of topics than ever before. The balance to accompany more knowledge is that of greater wisdom, and yet wisdom is not something we can learn at school. Its secret lies within the mystery of our inner worlds.

The more upheaval and turmoil our daily news brings, the more it becomes obvious that we need to embrace  a more harmonious world. This world is within each of us, and one of the easiest ways to bridge to it from our daily lives is by listening to certain music. It was the quest to discover more of the inner world, of the truer or more real self, that led to the founding of Real Music more than 26 years ago. As more and more people seek to be uplifted, to discover the wisdom and light within and to create a new world, our passion for providing music to assist burns ever more brightly. 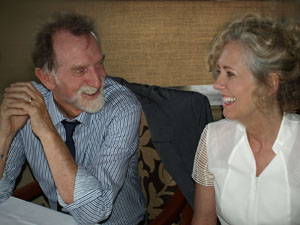 A Life of Synergy and Synchronicity

As in the creation of a musical composition, a synergy of many layers combining to become much more than the individual parts, the career of Terence Yallop has followed a similar pattern. Golf professional, natural foods pioneer, t’ai chi teacher, founder and president of a record company specializing in relaxing and healing music have all been components helping to form the vision of balance in people’s daily lives.

Says Yallop, “Rather than searching for a profession, I seem to have had the good fortune of manifesting a vocation by following my passions. In a rapidly changing world where new stresses seem to bombard us almost daily, people regularly need relaxation and rejuvenation, something that has been a focus in all of my endeavors over the years. I believe that the emergence and burgeoning of the modern spa phenomenon is evidence of society's call for help and the business visionary's response through tapping into the healing ways of ancient cultures.”

Born in England in 1940, Yallop became a junior golf champion who turned pro and became a member of the UK PGA. His fascination with swing mechanics led to his being mentored by and working alongside Europe’s leading golf guru, Leslie King. A desire to become super fit for his sport led to a change in focus, as he became London’s natural foods pioneer. His new emporium in London’s progressive Hampstead area attracted artistic movers and shakers across the spectrum, from India’s spiritual leaders to British rock stars, including one who eventually purchased the business. Following this, Yallop went on what he describes as a two-year walkabout, an intense period devoted to addressing physical and spiritual disciplines and studies with a Taoist sage, leading to a decision to move to the United States in 1975.

Once in California, Yallop became a member of the faculty of the fledgling California Institute of Transpersonal Psychology and for several years there and in the Bay Area he gave classes in t’ai chi and Taoist philosophy. Ahead of the curve as always, Yallop was aware that the time was ripe for a new kind of music to emerge and began to make connections with the talented musicians he perceived were creating the best of it. 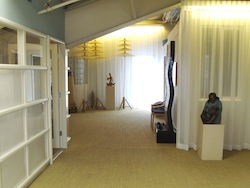 Out of a desire to share this exciting new music with as many people as possible, he began promoting concerts for now internationally prominent artists that included Kitaro, Yanni and Andreas Vollenweider, who heralded the new genre. In 1980, he formed a record distribution company called Real to Reel and shortly thereafter began signing artists and releasing albums on his Real Music label. With millions of the label’s CDs now continuously playing, 24/7, around the world, Yallop has certainly contributed to setting a tone for awakening and healing. His public speaking engagements draw from his own considerable experience in the worlds of business and spirit, often including guided meditations and anecdotes both entertaining and poignantly touching.

Although well-versed in the understanding of the physiological impact certain kinds of music have upon the body, a great number of years deeply immersed within the music and the subtle balance of movement and stillness attained from extensive practice of t’ai chi have given Yallop an understanding of the rhythm of the heart beyond that which is measurable. His ability to sequence beautiful albums for maximum benefit is highly regarded among both listeners and peers. His talent is in increasing demand in the often-stressful corporate world and for creating music capturing the unique ambience of some of the world's most luxurious resorts and spas. 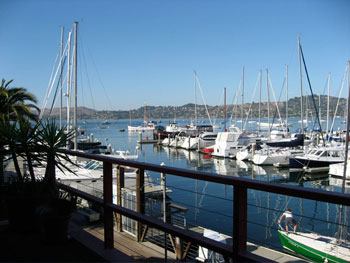 In 1989, Yallop formed the non-profit EarthSea Institute to promote global environmental awareness and support organizations involved in protecting and preserving our precious shared resources. Donations from sales of the albums Polar Shift, Cousteau’s Dream and other special collections, including The National Parks Series™ and Freedom to Love, have,to date, contributed more than a million dollars to environmental and other charitable organizations.

Yallop’s wife, Karen Kael, joined Real Music as Chief Operating Officer in 1998, bringing her background in art and retailing to the company. She earned a BFA in visual design and photography from the University of Oregon, owned and operated a bookstore in Marin County, CA, and founded Buffalo Thunder, Inc., an art gallery featuring the work of American Indian artists and craftspersons at the prestigious Village at Corte Madera. She has been a practicing metaphysician and fan of new age music for many years.

In their leisure time, Yallop maintains his low single digit handicap as he practices Zen golf at many of the spectacularly beautiful courses in Northern California, while Kael practices yoga at YogaWorks in Larkspur and ballet at RoCo Dance Company in Mill Valley. They also enjoy their growing family, with three young grandchildren. Both Yallop and Kael regularly consult with the spiritual leaders and teachers of our age and dream futures of a world calling for the wisdom of balance.